[New Voices] Texts and the Subjectivity of Language 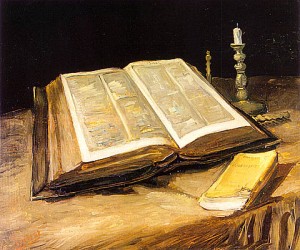 Being constantly surrounded by texts, and basing the vast majority of my education this term at Pardes on those texts, has made me think a lot about issues of how we understand texts. Specifically, I have reflected on just how much is lost from a traditional Jewish text (Chumash, Talmud, etc.) when it is read exclusively in a language other than Hebrew. This contrasts quite severely with how Western Analytic philosophy is taught at universities in the Western world these days (at least in my experience). As is the case with the texts we study at Pardes, most of the texts studied in the course of obtaining a degree in philosophy were not written in English. However, no time is spent learning to read and understand the original languages, and barely any mention is even made of the fact that much is undoubtedly lost through studying the texts in this way.

More recently, I have been considering a more removed aspect of the same issue, namely how we communicate with each other, not across millennia but with those we interact with during our lives. Language is such a tricky thing, not only deserving its own post, but probably a library-full of books. The language we speak is so culture-specific in today’s world of hyper-accelerated change due to the global nature of the communities with which we interact and the accessibility we all have to foreign communities because of the Internet and other technologies. This is so true that a given person probably speaks so many different languages over the course of one lifetime that, were it not for the fact that the same person lived both, it would be difficult for the same person to understand all of what the previous culture produced (textually) when rooted in a ‘later’ language.

If that were not enough, in order to interact with people at any given moment in time, one has to share a tremendous amount of shared language with them. Now I don’t want to be accused of saying that people living in culture x cannot interact with people in culture y. Rather, I mean this in a more (arguably elitist) academic sense, which is the world that I am immersed in; both at university back home and here at Pardes. It has become increasingly clear to me that, even given all the requisite similarities that I have mentioned, it is almost inconceivable that any given sentence (about a non-pedestrian topic) will be understood by those listening (or, even more so, reading written words years or centuries later) in the same way that the speaker intended it.

Not that any grand moral lessons need to be learned from this, but if anything, it is important to remember this and pause before jumping to conclusions of any kind that are based on verbal interactions (non-verbal interactions are another bucket of worms). Also, taken in this context, the amount of ‘translating’ that really goes into making a text such as the Bible accessible to an audience of Western 21st century students is extraordinary.