Our Parasha opens with a description of Noah:

‘Noah was a tzaddik, Noah was blameless in his generation, Noah walked with G-d’. Wow, what a strong first impression to make in the Torah. 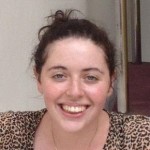 I had also thought that Noah was a sweet, gentle old man. Noah and his family were the only good people in the world. They built an ark in which the animals went in ‘two by two, hurrah hurrah’. There was a flood for 40 days destroying all the evil people in the world. They came out of the ark. There was a rainbow and everyone lived happily ever after. Last year I was able to learn Bereishit at Pardes. This put an end to my fairytale reading of Noah as I was introduced to the complexities of the Torah. It was emotional to say the least.

One of the issues that I battled with was if Noah was such a Tzaddik how can it be that three chapters later he displays very troubled behaviour? After leaving the ark we read that Noah is drunk, naked and ends up cursing his sons. Granted if majority of the people in the world had just spent 40 days and nights on a boat, filled with animals and had only their immediate families for company whilst everyone else in the world drowned to death then they may need to let off steam. Or maybe have a glass of wine at the very least. But Noah is a Tzaddik and Tzaddikim don’t act like that, do they?

Rashi provides us with some guidance when he looks at the idea of Noah being ‘blameless in his generation’. He tells us that there are some rabbis who consider this to be a compliment, out of everyone around him Noah was the most righteous, but then there are also Rabbis who see his tzaddik-ness as relative, had he been around in the time of Abraham, he would not have stood out.

So, let’s compare and contrast Noah and Abraham. They are both faced with a similar challenge as G-d sees people in the world behaving in a way that is not acceptable, leaving G-d with no other option than to destroy them. G-d says to Noah ‘because the world is filled with lawlessness, because of them, I am going to destroy the world’. Make yourself an ark etc. Noah says nothing to G-d, he simply does as is commanded of him. Now let’s think about when G-d discloses his plans to Abraham to destroy Sodom and Gomorrah. In contrast, Abraham comes forward straight away and tries to save the innocent. He asks G-d ‘will you sweep away the innocent along with the guilty?’ Back to Rashi’s comment, how is it that Abraham was able to demonstrate stronger Tzaddik qualities than Noah? Why do they respond differently to a similar situation?

Abraham’s relationship to G-d had begun several chapters earlier when G-d promised to make Abraham a great name, nation and blessing. Abraham is well aware that he has been singled out and is in a covenant with G-d and this has to bolster his confidence. Noah on the other hand is alone. G-d makes no grand introductions but rather jumps straight to the point. The first thing he says to him is his plan to destroy the world. This is terrifying and it is understandable why in comparison to Abraham Noah remains silent and does not enquire if there are any innocent people to be saved. It is questionable whether Abraham and Noah can even be compared when G-d treats them so differently!!

Call me a heretic, but the lesson we learn by comparing Abraham and Noah might be one of G-d’s error, as G-d failed to set Noah up for success and rather threw him into a situation in which he was clearly out of his depth. Noah’s tragic ending taught G-d something important: so when Abraham came on the scene G-d knew what was needed to shape the man who would be the founding father of the Jewish religion. Abraham needed God to build a relationship with him of mutual support and love. Noah was a learning curve for G-d in his mission to find a partner in the covenant.

So, the question this raises for us is how can we learn from G-d’s successful and unsuccessful relationships? How can we set conditions for those that we interact with that will support and raise them up so they can succeed in being the best versions of themselves as possible? The Talmud tells us the following story:

The Talmud’s response is beautiful: The prisoner cannot free himself from jail.

This year at Pardes we are all going to be faced with a multitude of challenges personnel and academic. My blessing for us is that we can fully utilities the fact that we are in a place filled to the brim with people who can help us and give us the boast we need to succeed. May we also have the reach out and help others learn, grow and develop into Tzaddiks in the fullest sense.