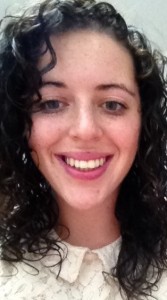 Why is the Torah full of such non-kosher topics?

This week’s parasha contains many dramatic incidents that are certainly not for the faint hearted.  We delve into the good, the bad and the ugly.

Incident number one. The story begins with a tale of Joseph and his brothers. Joseph is Jacob’s favourite child and he certainly knows it.  He walks around in his ornamented jacket describing his dreams where he has seen himself in a position of power over the rest of his family members. His brothers deal with the situation and their jealousy using their full powers of diplomacy. They remove Joseph’s jacket from him, throw him into a pit and sell him into slavery.  Joseph’s brothers then lie to Jacob, their father by covering Joseph’s tunic in blood from an animal leading Jacob to think that Joseph had been killed by a wild beast.

Incident number two. The following chapter begins by telling us that Judah has separated from his brothers.  The literal translation of the text is that he went down from his brother a clear indicator that Judah is headed for trouble.  Judah marries a Canaanite woman and has two sons with her.  Judah arranges for his eldest son to be married to a woman called Tamar. However the marriage does not go as planned, Judah’s son misbehaves and is killed off by g-d. Thus leaving Tamar alone, vulnerable and childless (not a good social situation to be in if you are a biblical woman). Judah’s other son refuses to step up and marry Tamar as was the custom at the time. This results in g-d killing him as well.  Judah advises Tamar to return to her father’s house and remain a widow.  Judah eventually ends up sleeping with Tamar (thinking that she was a prostitute).  After a lot of scandal Judah nearly orders Tamar to be burnt. Fortunately, he is able to realise the error of his ways and Tamar is saved.

Incident number three. We return to Joseph who is now living in Egypt. He is in Potiphar’s,  household is doing very well for himself having earned the role of  Potiphar’s  personal attendant. Joseph has free run of the house and can have anything that he wants.  Joseph’s success is mirrored in his psychical description; he is described as well built and handsome.  However, the fairytale ending for Joseph does not last for very long. Potiphar’s wife attempts to seduce him.  Joseph refuses to sleep with her, explaining that it would be a sin against g-d to do such a thing.  Potiphar’s wife is angry and pretends that Joseph has raped her. When she tells her husband, Potiphar has Joseph put in prison.

We are presented with pure-soap-opera-style scandal! It is not surprising that Andrew Lloyd Webber turned this story into a musical. Within three short chapters the reader is presented with dysfunctional family dynamics, human trafficking, marrying out, prostitution, attempted adultery and false imprisonment.  This is hardly appropriate reading for good Jewish girls and boys.

As I read, I found myself asking the following question: Why is my holy book which is read aloud on Shabbat, studied and exalted full of such non-kosher topics?

The answer to this question addresses the core purpose of what the Torah is. The Torah is a document that is fully appropriate for its human readership.  It is dealing with themes and issues that we face on a daily basis, both as individuals and as a society.  Rather than pretending that the world is perfect the Torah highlights the weaknesses and corruption of humanity and attempts address these issues head on.   The beauty of the stories is that they speak to us and our situation 2000 years later.  It would be naïve to suggest that the themes presented in this week’s portion have disappeared. Through a process of torah exegesis the reader can be steered onto a path of justice and righteousness. It is our job as readers to interpret between the lines and words, to read the commentators, so we can find the meaning and guidance that each tale can tell.

The Rabbis in the Talmud were certainly aware of the prominence that the Torah should play in every aspect of our lives. We read in Brachot the stories of Rabbis who follow their mentors into their personnel spaces in order to learn from them.   Rabbi Akiva followed his teacher Rabbi Yehousa into the bathroom to learn about how he should behave there. Rabbi Chanina went a stage further and hid under his mentor Rabbi Judah HaNasi’s bed to learn about how he behaves there.  When these Rabbis are confronted for their seemingly strange behaviour their answer is simple. ‘This is Torah and I need to learn it’.  This response implies that the Torah for the Rabbi’s served as an all encompassing blueprint for how to lead morally just lives. This included every aspect of life even those that are normally behind closed doors.

Perhaps this is the full meaning behind Moses sentiment at the end of Devarim (Deuteronomy). Moses says to the Israelites who are about to enter Israel lo b’shaymim he– The Torah is not in the heavens’.  It is something that is a living part of our lives a book that is designed to be something we use and refer to everyday. The Torah was intended to be a book for humans and not to be something that is out of our reach.  It addresses the core issues we face and grapple with.