Why I love Limmud, Pardes and all Jewish organisations 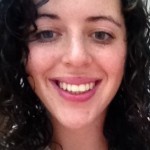 Since childhood I have been diagnosed with a condition known in the community as a Jewish communal organisation geek. Whether I was a participant or employee, whether I was at school, university Jewish society, synagogue, youth movement, camp, Pardes I had a tendency to get a little obsessed.

My symptoms have included the following: volunteering and attending everything, wearing exclusively the organisation merchandise, imagining what the organisation headed paper would look like with my name as the CEO, and a strongly driven need to tell everyone why the organisation is the best and how they should get involved. As a teenager I went through a short period of denial but now I am in my twenties I am out and proud of my geekiness.

So where does this love affair come from? John Donne famously said that ‘no man is an island’. I find that there is something truly magical about an organisation that can bring individuals together to work on a shared vision of Jewish values. True, individuals can do great things by themselves but we can do even better things when we work together as a community. Look at Rabbi Akiva- he spent the majority of his life as a lonely shepherd and once he entered into the Rabbinic Academy he became one of the greatest sages of the Mishnah leaving a strong impact on our tradition. A Communal structure is good for the direction of the community. In addition, it can provide the parameters needed for individual growth. Limmud Conference and Pardes have most certainly had this effect on me.

As a teenager/ university student I struggled to find my place in the Jewish world. I had a strong Reform upbringing and was an active member of RSY Netzer (the reform British youth movement). However, I simultaneously attended an orthodox school and hung out with a Bnei Akiva social group at University. By the age of eighteen I was having full on identity crises on a weekly basis. Constantly struggling with questions of observance and theology? I often felt as if I was leading a parallel life at camp I was reform and and at university I was experimenting with orthodoxy.

Attending Limmud conference was a way that I could begin to work on my bi-polar religious identity. Limmud is a weeklong cross-communal Jewish conference that takes place every year over the Christmas break. It is a little bit like attending Jewish Disney Land. Everyday there are multiple sessions from 8.00 in the morning to midnight. The sessions range from text study, cooking, politics and live music. It was a space (albeit only four days a year) where I saw Orthodox and Reform rabbis sitting and learning alongside each other. I could attend a panel discussion on Shabbat and hear multiple voices and perspectives about its meaning and how to practice it. It was a place where I could begin to consider my identity outside of the denominational boxes and ask myself what are my values and what is my authentic voice?

Coming to Pardes last year was a natural progression. Limmud had exposed me to text study and I wanted more of it. I also wanted to be in a place where I could put my cross communal Limmud values into practice. I have learnt that I can take what I like from my different Jewish exposures and form it into my own system.

With this is mind my excitement at being able to represent Pardes at Limmud Conference this year was barely containable. I was able to bridge together two of the places which have helped shape me and given me the confidence to form my own Jewish voice. It was an honour to tell other British people about Pardes and how it can help them take what they have enjoyed on Limmud a step further.