Cleaning the Kitchen with Underwear 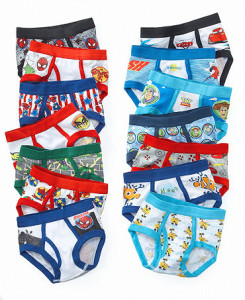 (No, not cleaning the kitchen in my underwear. I’m not that much of an exhibitionist. And it wasn’t even my kitchen, so cleaning in my underwear might have been a wee bit inappropriate.)

Thank goodness for Passover, the holiday without which most Jews would never clean their kitchens. But in preparation for the holiday that requires the elimination of all bread-ish products from our homes, Jews in Jerusalem bring out the big guns (and by ‘guns’ I mean cleaning products). On almost every telephone pole and bus stop wall this time of year, signs in Hebrew advertise someone’s scrubbing skills, their heft with a vacuum, or their ability to sniff out cookies from four kilometers away. Every poor student turns into a professional cleaner, and the market is ripe. 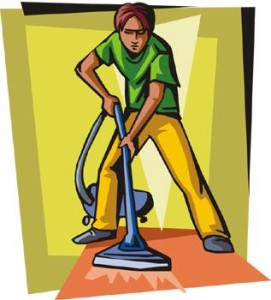 I got my chance to earn maid-hood this week at the home of one of my teachers. I signed up for a three-hour shift in which I conquered one of the stoves, the range top, and the freezer. Her youngest kid put on the weird radio station that alternates between Israeli and American pop songs and we promptly got to work. She checked her six-page list of Passover tasks as each of her kids came home, and despite the complaints of having “a really loooooong day,” they were mostly willing to participate (I think there was some incentive involved). 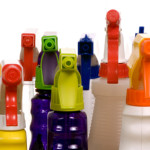 There were latex gloves, water buckets, and myriad cleaning supplies. My chosen ones were scratchy green cleaning pads and the two highly-chemical oven cleaners, which I made the mistake of breathing in close proximity to after I sprayed them, leading to a bit of coughing. Yes, cleaning kitchens is disgusting, but I felt an odd sense of peace as I was cleaning: I had a three-hour block of time, and all I had to do was clean. I could take my time. I could make things sparkle. I could promise myself that when the time came to scour my own kitchen, I would take on the task with a similar determination and peace.

And as I was down on my dirty knees behind the pulled-out oven, I all-of-a-sudden realized what was in my gloved hand: a balled-up pair of underwear. The box of rags which we had been drawing from was made up of old socks, t-shirts, and worn-out underwear (laundered, don’t worry). I had been mostly trying to use the socks and t-shirts, but at the moment, a pair of Spiderman boy-briefs was in my hand, soaking up the suds and getting at the grime.

The irony was not lost on me. In preparation for the holiday of utmost cleanliness, I was using an object that most of us associate with uncleanliness. In addition, underwear is something we don’t usually see or talk about; and to be honest, I felt weird holding the underwear of someone I knew, the underwear of a family I love and respect. But none of the family members were the least bit embarrassed, nor did they even mention the word the whole time we were cleaning. I guess it’s their long-held tradition. And long-held traditions need no discussion.

In the coming week, I will clean the floor, the oven, the stove, the sink, the cabinets, the tables, the chairs, the walls, the windows – anything I can reach with a gloved hand and cleaning spray. I have a good deal of cleaning to do. Inside the soul and out. 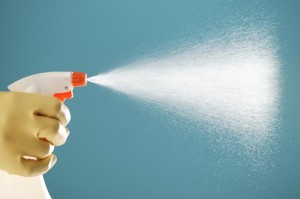