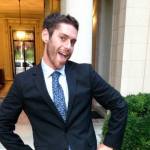 This week all around the around Jewish communities will be reading Parshat Mikkets. The reading begins with a recounting of Pharaoh’s dreams. The Egyptian monarch dreams of seven healthy cows rising from the shores of the Nile, only to be eaten by seven sickly cows. Pharaoh then dreams of seven ears of grain growing on a single stalk, which are, in turn, swallowed by seven thin ears of grain. Pharaoh awakens in the morning in a state of agitation, not knowing what to make of his dreams. He calls for the magicians of his court to come interpret what these images could mean, but they too do not know what they mean.

After being told by his cupbearer of Joseph’s ability to interpret dreams (remember that these two had shared a cell in Pharaoh’s dungeons), Pharaoh rushes Joseph out of prison, has him cleaned and made presentable, and brought before the monarch. Pharaoh recounts that his magicians have not been able to understand his dreams, and begs of Joseph to provide an interpretation. He relates to Joseph his dreams, expounding that when the sickly cows and ears of grain consume those which are healthy, they do not appear any healthier themselves.

Joseph responds to Pharaoh in the following way (פסוקים כ״ח-ל״א):

Our story continues with Joseph telling Pharaoh that he should set-up a system in which food produced during the years of abundance should be gathered and stored, so that there will be enough food in the reserves to last for the seven years of famine.

It is serendipitous that things on the calendar happen to fall such that we read the above story during Shabbat of Hanukkah. I think that it is important that we truly stop and think about Hanukkah and this time of year through the lens of Joseph’s interpretation of Pharaoh’s dreams.

With some ever so slight variation (due to the lunar cycle), Hanukkah tends to fall every year in the middle of winter. Is there a more fitting time of year for us to be celebrating the Festival of Lights? In many ways, as human beings, this time of year is very much a period that we are looking for that shimmer or guiding light to help us brighten and bring light our days. Hanukkah also falls in Kislev, right on the tail of Cheshvan. The term “Mar” is often placed before Cheshvan to demarcate it as a “bitter” month. The reason for this is that there are no holidays during the month of Cheshvan. That being said, there are many scholars who believe that Hanukkah falls at the perfect time. After a month of no holidays, we find ourselves not only celebrating, but celebrating light!

Beyond these reasons, for me the lights of Hanukkah this year have a different meaning, especially with Parshat Mikkets in mind. After the events of the summer and the past couple of months here in Israel, to me the lights of the menorah represent hope. Much like the plan laid out by Joseph for Pharaoh, I think it is vital for us to always keep a store of the good times. The moments of light and happiness in our lives should not be relegated solely to the instant in which they take place. Rather, we should bask in these occasions, while placing them in a reserve. In the best of times we need to always remember that at some point something will happen, and we will not always be able to reside at the peak of our mountain of happiness. But when we feel ourselves falling into darkness and sadness, we need to reach into our light reserves.

This is the message of Joseph to Pharaoh: Do not get wrapped up in your times of success and abundance. Although we know that these moments cannot last forever, we must take advantage of periods of light and store what they produce. If you do this, when you find ourself in darker moments, you will have a way to nourish yourself and once again rise.

My bracha for all of us this Shabbat and this Hanukkah is that we are capable of making Joseph’s message a realization. Continue to relish in moments of light, and never forget that, even when they seem to be out of reach, they are not that far away.