This week’s parsha, Parshat Noach, is a parsha about building. It is flanked by the stories of the Flood and the Tower of Babel, two stories in which something substantial is built by human hands. However, the similarities end there. In one story, there is a boat that is built by a single man. It is for himself, his family and the animals of the earth, so that they may take refuge and survive the coming deluge of God’s destruction. Another is a tower, built by a coherent and cooperative society. The tower is for everyone, built with the expressed purpose to serve a common good: “Let us make us a name; lest we be scattered abroad upon the face of the whole earth” (Gen. 11.4).  Noach’s ark was built at God’s command, for God’s purpose. The Tower of Babel on the other hand, was built by man, for man.

The trajectory of these two stories is also in opposition. In Noach’s story, everything starts out wrong and ends up right. It starts with the world full of violence and immorality, and in the end Noach (and therefore humanity) is saved, the world is renewed, and God promises never to destroy it again. In Babel, it starts out positively, and ends negatively. The story starts with people working together, for a common purpose, and ends with humanity dispersed and divided.

It is clear that the story of the Tower of Babel illustrates something negative: the people are, after all, punished by God. The commentaries discuss several possible reasons for this, but perhaps the most relevant is the idea that the sin of the people of earth was that their unity of purpose was for selfish means, for aggrandizement, and for no higher purpose other than themselves. In the story of Noach, the negativity is not as clear: God sanctions and encourages the protagonist, and aids him in his endeavours. However, it is the situation in which Noach lived that was negative, the situation in which wholesale annihilation of Creation was necessary.

What can these two models of building teach us? In essence, they both have the same message: there is power and meaning in working for or towards something bigger than one’s self. Still, they do teach us different lessons about how that ideal should be manifest, and how it can go wrong.

With the Tower of Babel, it is clear that great things can be accomplished by working together. The people set for themselves quite a lofty goal, yet they seem to be on the way to achieving it! Indeed, why else would God intervene if He did not feel “threatened”, as it were? No one person, or even a small group of people, can build something as grand as a tower to the heavens. Only a united community can accomplish such great feats. However, a community united for the wrong purpose can be dangerous, to itself and to the whole world.

In contrast, Noach is working for a higher purpose in a very explicit way: he is directly commanded by God, the Highest Purpose. Noach, one man, some 600 years old, builds a massive boat all by himself. How could such a feat be accomplished by anyone driven by any lesser purpose? But Noach’s boat is only for himself and his family. He himself is going to be the new father of humanity, but, unlike in the Tower of Babel, there is no cooperation in his story, no working together with other humans for the betterment of humanity. In the end, Noach is left as a lonely and depressed man, having witnessed the obliteration of everything on the face of the earth, and he spends his last days drunk.

Noach had the purpose, and the people of Babel had the community. It takes both of those to build properly, whether it is an ark or a tower, a society or a civilization. This past week at Pardes we had our first Rosh Chodesh Community Davening of the year. We came together with a purpose, and we came together as a community. Our strength comes from the combination of both of those important aspects, from our ability to balance and meld the two. These two stories show how only having one or the other is so dangerous. Without purpose, our community falls apart; without community, our purpose falls apart. At Pardes, we exemplified the happy middle this week, the balance and beauty that comes from engaging in both parts. It is my wish for us that we may continue to do so: strive purposefully, as a community, not just when we join together to pray, but also in our learning and relationships and the other pursuits of our life.

שבת שלום ומבורך, ושלום על ישראל – May we have a blessed Sabbath of peace, and may there be peace for all Israel. 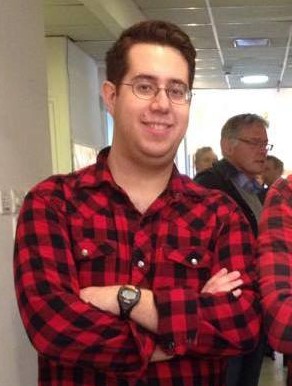