Posted on September 13, 2011 by The Director of Digital Media

Let’s meet some more of this year’s Pardes Fellows! 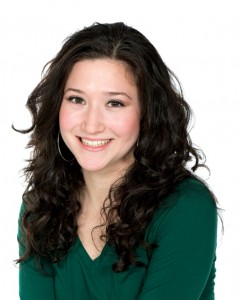 Kalie is originally from Phoenix, Arizona, and before arriving in Israel, she was completing her undergraduate degree in American Studies at George Washington University (where she also directed a hip hop dance company!). In the fall of 2010, she was gearing up to begin an M.A. in Media and Public Affairs at GWU, but at the last moment she decided to come study at Pardes.

“The thing I love most about Pardes is the drastic range of ideas and opinions on politics, religion, and everything else under the sun… The ‘safe space’ that is cultivated at Pardes makes for a warm community with educators who are accessible and receptive to students.”

Kalie’s ‘Fellows Project’ focuses on working with the Pardes director of development — to help meet Pardes’ fundraising goals, and on a personal level,  she is hoping to learn a lot more halacha and Jewish history, and hopes to strengthen and develop her relationship with God. She also hopes to make some new friends and grow closer with her mentors in Israel.

In the future, she is hoping to work in development or communications/PR for a Jewish non-profit in either Israel or the US… and Kalie’s future plans also include a husband & family at some point 🙂 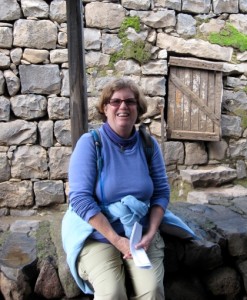 Vicki hails from California, and before coming to Pardes she was the receptionist at Congregation Beth Israel in San Diego. She holds a BA in American Studies from Skidmore College (2010) through the University Without Walls program; and before becoming the CBI receptionist she worked as a U.S. Air Force and civilian journalist for three decades.

Vicki deeply appreciates the sense of community at Pardes, and her ‘Fellows Project’ is to provide greater opportunities for Pardes students to interact with, & learn about Israel. She aims to help new students adjust comfortably to living in Jerusalem, and her personal hopes for next year are to continue her improvement in Hebrew and to focus on text study. This year, Vicki has made Aliyah, and her long-term goal is to make her home in Israel, get a job and find a way to make a positive impact upon Israeli society through volunteer work. 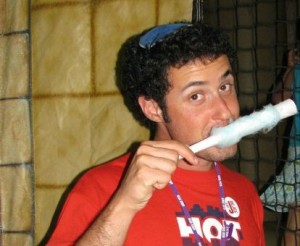 Daniel calls Washignton, DC his home, and he lived in NYC for a year as a fellow at Yeshivat Hadar before beginning his studies at Pardes in 2010. Shibley completed his B.A. in sociology with a concentration in Jewish Studies at Clark University in Worcester, MA, and throughout his college career, he taught religious school and advised Jewish youth groups. This year, Daniel’s ‘Fellows Project’ is to organize Shabbatonim and tiyulim for Pardes, which bring the entire community together even beyond the Pardes beit midrash.

“I like guacamole, and I don’t understand why Israelis use that fan thing to light their BBQ.”

Shibley is also preparing himself for rabbinic school, and is using this year as a mechina program, while developing his Hebrew language skills. His long-term goal is to provide access for those who seek to understand the texts of their Jewish tradition.

You can find Daniel’s writings on his two blogs here: