Posted on October 31, 2013 by The Director of Digital Media 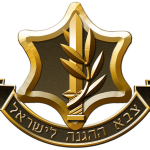 Sunday morning I was officially inducted into the IDF. I arrived at Ammunition Hill, and waited. The gate opened and I entered, along with lots of other new immigrants who hope to serve in field units. Ethiopians, French, Ukrainians, Russians, Spaniards, Americans, and others. The organization was fairly effective, and it is always nice to see a smiling face from the Lone Soldier Center. Once everybody was accounted for, we waited. Then we boarded a bus, and waited. The bus then drove the soldiers who assist with the draft back to the office nearby. One draftee was significantly late, a guy I would later become friends, despite my despising him in that moment, so we waited.

When the bus arrived at the Bakum, the IDF’s induction center, we waited. Stood in rows, waited. Walked to the dining hall, waited. After lunch, we went through a series of stations each one with some requisite amount of waiting.  I was lucky enough to receive four vaccinations! Hepatitis, meningitis, tetanus, and influenza. This was immediately after having my finger punctured so that the army could obtain a DNA sample. The actual finger prick was virtually painless, but the squeezing of my finger tip and subsequent dragging of an open wound on a small piece of paper that felt like cardboard was slightly, um, not comfortable. And the soldier doing it had the touch of an elephant. After completing all of the stations, we went to get uniforms. Every soldier receives a big bag of items from the army, underwear, socks, pants, etc… all of approximate sizes. The only thing that must fit perfectly are the boots, or it will be blister city. Luckily I guessed my size correctly the first time, and no serious blisters have yet appeared. My uniform pants ripped right on the crotch seam in the first five minutes, I tried, unsuccessfully, to swap. So I brought them home in order to fix that rather compromising situation. We arrived on base at about quarter to nine on Sunday, then we spent the better part of the next six hours sitting on concrete, running from formation to formation, getting yelled at, while carrying two heavy bags (a personal bag, and the bag of army stuff). Finally, after meetings, and waiting, interviews, and waiting, we went to sleep at three in the morning, followed by a solid five hours of sleep.

The next days more or less unfolded similarly. Waiting, push-ups, running, waiting, eating. On Tuesday we received our weapons, and had to memorize the number, in addition to our army ID number, and in addition to our already memorized Israeli ID number. We received instruction on the weapon, the components, we took it apart and then promptly put it back to together. Because of somebody stupidly playing with the gun, we were all punished by the company commander, push-ups on the concrete, ouchies, apparently small rocks and the human palms do not mix. Several times a day, we assemble for a 30 minute lecture on varying topics, from weapons use and how to refuse orders, to how soldiers are expected to dress in public and IDF values. Sometimes people fall asleep, and then get yelled at later.

When I returned to Jerusalem on Wednesday evening, I finally began to think about all that I had absorbed, and that I was now a soldier, in uniform, walking through the Jewish capital. Amazing. After beginning to adjust to army life, I had to return to civilian life, even just for a few days. Nobody is timing me, nobody is ordering me. By the time I walked through the door of my apartment, I realized that it is a privilege and an honor to wear this uniform. One of the officers told us, this is not just the army of Israel, it is the army of the Jewish people, it is the army of brothers and sisters who are serving together no matter their personal histories or political interests. Although it comes with plenty of risk which will hopefully never be realized, the fact that I am now a small part of the defense of the Jewish homeland is, to me, unbelievable.