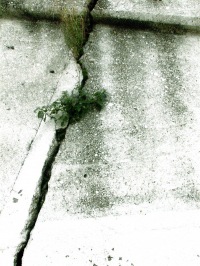 in this week’s parsha, there is a fair amount of death.  entire families are swallowed up by the earth.  a raging fire consumes two hundred and fifty men.   an infectious plague spreads wildly and kills fourteen thousand and seven hundred people.  this is the price for challenging authority.

these deaths are all in retaliation for korah and his band’s rebellion against moshe and aharon, and of course, indirectly at God’s whole system of privilege in general.  and shockingly, this high death toll comes after God’s desire to annihilate even larger numbers of people is curbed.  the first time around, moshe holds God back, arguing, “When one man sins, will You be wrathful with the whole community?” (numbers 16:27).  the second time around, aharon runs around mid-plague trying to atone for these rebellious people in order to save their lives.

and yet, the Torah specifically writes that just before the earth swallowed all of korah’s people and the households of his ringleaders, “their wives, their children, and their little ones” stood at the entrance of their tents and came out to watch (numbers 16:27).  rashi points out that normally a beit din (jewish court) punishes only those of an age where two hairs have sprouted (sounds like adolescence) and the heavenly court, with an even more lenient policy, punishes only those twenty years and older.  yet, here, in the case of korah, even the babies still breast-feeding from their mothers, are punished with their fathers.

i want to believe that the Torah shifts focus to the innocent children standing by in order to grapple with the unfairness that these lives will too soon be lost.  there is something discomforting in just letting them get swallowed up with the rest of them without at least acknowledging the injustice of it all.

eyes wide with wonder,
watching as they back away
earth opens its mouth.

grappling with natural disasters, loss of life, and systems of punishment,