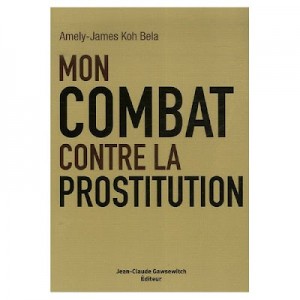 Here is the original post by Rose, proclaiming ideas that I strictly oppose.

The initiative of “criminalizing the purchase of all sexual services” sounds absolutely wrong and horrific.

There is a huge problem of FINANCIAL incapability of more and more people every day. Poor girls and boys have to step over themselves and start selling their bodies, because this is the only way they can survive. Lets face the real problem to be solved – the problem of unemployment, the problem of high rent rates, the problem of inflation.

There is a huge HEALTH problem also involved: e.g. AIDS – lets invest more in the sex educational programs, reorganize safe sex propaganda policy completely (so it is finally convincing), the price for the pack of condoms is around the price of a good meal isn’t that a problem(!?), lets double the investment into scientific medical researches so we learn to solve this problem totally and forever, and as soon as possible.

There is a huge SOCIAL problem: once you find yourself a part of a particular social class its close to impossible to break through. If you are born in a suburban slum there’s 99% chance you going to die there. And everybody realizes that. The “american dream” works only for one percent. People accept that as it is and they choose the only possible ways to survive, no matter how ethically disgusting they are. Those, who are already prostitutes, and suffering from all the possible dangers of this style of life never come to courts, because they are legal and social outsiders, and they know it. Isn’t that a real problem?!

BUT:
“Criminalizing the purchase of all sexual services”?! The PURCHASE?! It will do absolutely nothing. Prostitution will not disappear. All that will happen – it will get more down into even more criminalized circles than it is now. If today there are escort agencies that we more or less can control, than tomorrow it will be all in the hands of the worst outrageous pimps and wild bastards. Those poor girls will still become prostitutes, and those clients will be still purchasing sexual services, just all of them will be in much more danger.

More prohibitions, more trials, more criminalization will do only worse. There is a huge number of people who already hate the police, don’t trust the government, hate the rich, and have to fight for their piece of bread every day. And this crowd is becoming bigger and more impulsive every day. Be aware of that, when you sitting in your cosy apartment on Emekh Rafaim. They are patient and scared, but be sure, if they explode, the wave will sweep us all. We had a lousy tent town lately, tomorrow we will have murders. There are already areas in Tel Aviv and other cities police is scared to enter, tomorrow we will just have to leave the country, if instead of solving the problems that need a serious, accurate, deep and longtime effort – we just propose more “polizai” regulations.

How to solve those? I have no idea. But that is exactly why people are spending both: their money(in taxes) and they time(on elections) to choose those who are supposed to solve those problems. If instead of solving the real problems, which are hard to solve, all they can do is proclaiming more and more criminalization, they should be fired. And as soon as possible, as we don’t have so much time to waste it on such a simple, lame and uncreative solutions.

Which link do I have to click to claim that i am against this initiative?