Posted on February 3, 2013 by David Bogomolny

I can’t speak highly enough of Ben Barer (Fellows ’12), and I am consistently appreciative of his blogging. His recent post on ‘Picking Our Battles’ gave me pause because Ben and I agree on many things, but we’ve chosen different sides of the “Orthodox Community” – he’s chosen to be outside of it, and I’ve chosen to be inside of it.

“In order to make some of the changes that I can only dream of experiencing in my own lifetime surrounding issues of gender acceptance, and eventually, equity, in Judaism, I often feel the need to fight from the inside [the Orthodox Community].”

In response, I must say that even as a self-identified, halahically observant member of the “Orthodox Community”, I hardly expect that my affiliation has empowered me personally to “make some of the changes” that Ben and I would both like to see. My response to Andrea Wiese’s (PEP ’14) post, in which she describes her struggle to accept the role of women in the Orthodox community, would be no different.

That’s not to say that “changes” won’t happen. I’ve mentioned before that halakha, by definition, is slow to change. A fellow student in the Pardes beit midrash recently described it to me as, ‘a slow moving iceberg’. Now, this iceberg is definitely moving, albeit very gradually. And as most Jews with modern sensibilities opt out of being halakhically observant because of issues such as those that Ben and Andrea have raised, they therefore opt out of affecting the trajectory of this ‘iceberg’. 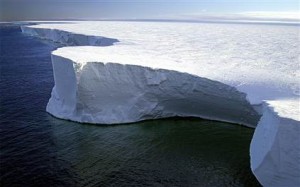 I’ve also mentioned that halakha can only be effected by three forces: the Torah (God), rabbinic authority, and Minhag Israel (the Traditions of the People of Israel). Now, there’s really no individual who can change halakha on his/her own because halakha is a national system – changes have to be accepted by a significant plurality of halakhically observant Jews just to be noticed as potentially significant… and it wouldn’t be until a majority of halakhically observant Jews accepted something as normative that it would become Minhag Israel and shape halakha.

Some rabbis in the Hareidi community have halakhically banned smoking. But you wouldn’t know this by observing the behavior of many Hareidi Jews – just take a walk through the Meah She’arim neighborhood of Jerusalem and count the Hareidi Jews puffing on their cigarettes. I mention this because ultimately, even well respected rabbis can’t directly effect halakha on a significant scale – if the halakhically observant community ignores their halakhic rulings, the system doesn’t really change.

I can’t change things on my own, but I’ve met enough halakhically observant, progressive Jews with modern sensibilities to believe that halakha is expansive enough to potentially accommodate the “changes” that Ben, Andrea and I would all like to see happen on a large scale. The thing is – it’s going to take a lot of time… and it’s going to take a critical enough number of halakhically observant Jews to shift the trajectory of our slow-moving iceberg.