“An individual who breaks a law that conscience tells him is unjust, and who willingly accepts the penalty of imprisonment in order to arouse the conscience of the community over its injustice, is in reality expressing the highest respect for the law.”

I know this sounds naive, but I really didn’t see this one coming. 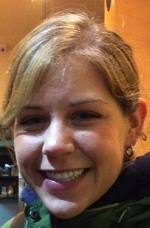 Just some clarifications before I start. I love being Jewish. I love not using electricity on Shabbat, I love keeping mitzvot, I love davening, I LOVE Torah. I choose to believe Torah is from Sinai. I like dressing conservatively, although I don’t always wear skirts. I often think about being orthodox and marrying an orthodox man.

I grew up in a place that I didn’t have anyone to raise me Jewish, to answer my questions, or help me become the Jew I wanted to be.  I grew up in a predominantly farming community in Indiana, where there weren’t any other Jews. My dad is Catholic. My Jewish education is also about survival. At this point in my life, I wouldn’t choose to raise my family there, because I want to them grow up more Jewishly observant, but I did grow up there, and there weren’t people who could teach me. But what if someone had taught my mom how to read Torah, lead davening, to have a Jewish home, etc. She is also a woman, (I see the flaw in my argument, that she should have married a Jewish man, but that’s not what happened, and my dad isn’t Jewish, but I am.) Woman today must be educated fully in all aspects of Judaism and must have equal rights in Israel and abroad. I must be prepared to give my children a Jewish education even if my husband can’t do it. (I also see the flaw in this, I find my Judaism to be very important and I will marry a man who can help educate our children. It’s only hypothetical.)

I was brought up to be strong. Maybe too strong. My mom grew up playing sports, usually with boys, because there weren’t other girls to play with. She grew up when not all schools had sports for girls, or where they only let girls play basketball on half the court, because obviously they weren’t strong enough to play full court. She went to university and played volleyball and badminton. When she raised me and my sister, we played all the sports we wanted to. I was younger, and my dad didn’t get a boy, so I also grew up playing football, (not on an actually team, just in our yard) and I was in karate, softball, tennis, golf, basketball, swimming, volleyball, and I did shot put on the track team. By the time I got to high school, I focused just on tennis and golf. I wasn’t just raised to be strong, I was raised to be better, to perfect what I was doing.  When I beat all the girls in the school, I started to play against the boys, and when I beat all the boys, we went to another state to play.

This isn’t really the point, but the issue is equality, and being raised to believe and feel that I am equal at anything I choose to be equal at. And this is my dilemna. As much as I would love to be orthodox, I don’t believe there is real equality. Even though I don’t believe that “separate is equal,” for the sake of prayer and kavannah/concentration, I really prefer not sitting with men. (I will be the first to tell you that I get easily distracted by the opposite sex.) It’s rare that a prayer space is equally divided. Sometimes women are in the back, or squished on the side. When the spaces are more equally distributed, women aren’t allowed to participate, and definitely not allowed full participation rights. There are some unique minyanim in Jerusalem that allow women to lead/participate in parts of the davening.

I truly believe that God thinks I am equal to any man. He/She/It created us. How can one voice be more than another? How can a small biological difference make this large of a difference? This Shabbat, when I was in one of the most beautiful communities in Israel, with a group of people I have the utmost respect for and truly love; only men participate. Only men read Torah, only men can lead shachrit, musaf, mincha, maariv, etc. Because women sit up stairs, they can’t even touch the Torah. Do they think the Torah will become impure if a woman touches it? (I’m not being sarcastic, if this is the reason, I want to know.)

I also study at an institution that employs the most knowledgeable female Talmud/Torah scholars. These women blow my mind. Their love of Judaism, Torah, Talmud, mitzvot, is simply beautiful. They are women who even being in their presence makes me feel like a better person because they are truly following Torah and God’s commandments. But they don’t seem to have the same struggle that I am facing. Do they also not want to read Torah, and lead davening? Do they believe that their voice isn’t equal?? Do they think that a man isn’t fulfilling his mitzvah if he heard her voice instead of another man’s? They teach men Talmud, but they don’t participate in an orthodox service. I don’t know the answer to these questions.

A more concerning issue for me is the kotel. The closest wall that Jews can pray at to the Holy of Holies. It’s a hot political issue in Israel right now. I love the kotel. I get chills when I go there. I love praying there, I think so much Jewish history, worship, prayer, took place there. I am part of this. There is a permanent separation barrier at the wall, woman on the right, and men on the left.  There is even a covered section for the men so they can be even closer to the spot.  Not only do women only have about a fourth of the space at the wall, it’s farther away. Also, women aren’t allowed to have their own minyan. And it’s impossible to be close enough to a man’s minyan to hear a Torah reading. So a women couldn’t fulfill this mitzvah at the wall even if she wanted to, since it was deemed illegal for a woman to touch a Torah scroll, let alone read from one. How can someone think that this is normal? I know this is completely vulgar, I apologize in advance, but how can the difference between a penis and vagina, create such immense divisions? Because men were the people writing the rules? Do orthodox men/women see their children differently? Why do the boys get to do certain things that their daughters aren’t allowed? I don’t have answers and I don’t understand.

I really didn’t see this struggle with a desire to keep more mitzvot and live a more observant life would come with such a struggle for equality, trying to find a voice and a place where I feel comfortable. I truly have no desire to insult anyone’s way of life, I only desire to understand, do more mitzvot, and to be closer to God.  B’ezrat Hashem, I will raise my daughters (and sons) in the same way.