Posted on April 9, 2013 by Heather Kantrowitz 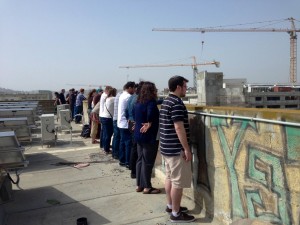 There are certain moments in my life where everything has come to a screeching halt. Most of these have just been moments when my personal world, or maybe my family or community, has stopped. Today (Yom HaShoah), I experienced an entire country ceasing all activity – learning, work, driving, shopping – and pause for two minutes to remember to remember the 11 million who perished in the Holocaust – 6 million of whom were Jews, and 1.5 million of whom were children. Children who hadn’t done a single thing wrong except be born into unlucky circumstances.

As the siren blared, everyone who was driving pulled over and stood beside their cars. People who were walking stopped in their tracks and bowed their heads. For two whole minutes, people prayed and questioned and remembered and grappled with the atrocity that humanity allowed to happen. The man who was standing beside his car across the street from me was crying. It was so powerful to stand there in that moment and give witness to the lives and deaths of those who were persecuted.

One of the things that surprised me the most was that a few people did not stop what they were doing and continued driving. This disappointed me at first, then angered me, then I struggled to understand why. Finally, I told myself that I wanted to focus my thoughts on those who died instead of giving those two minutes to those who chose disrespect. I think I struggled to understand their refusal to remember because to me, the Holocaust does not belong to the Jews. Yes, the majority of those who died were Jewish. Yes, the Nazis systematically wiped out most of Jewish life in Eastern Europe. But that doesn’t mean that the Catholics, Romanis, communists, homosexuals, etc didn’t also suffer. The Holocaust is a burden that all of humanity should bear, and nobody is exempt from the obligation to ensure this never happens again. 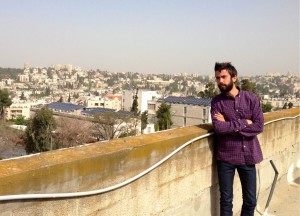