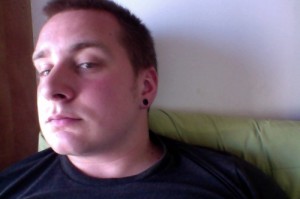 i shaved this face and it was actually really difficult. electrical razor, you are not my friend.

Thanks to MASA Israel, I’ve had the chance to confirm for myself, in excruciating and extensive detail that Israel is a pretty small country. Like, really small. Usually we mean that the landmass of Israel is teeny (smaller if you, like me, are disinclined to include the west bank as Israel; but that’s a really troublesome issue so LET’S NOT GET BOGGED DOWN!); or that there is a very small populace.

The population of Israel is pretty small. With a population of 8.018 million as of last Tuesday (it’s only in Hebrew, sorry!), I hear a lot of stories about running into a friend of a friend anywhere. A college friend’s father served side-by-side with our Hebrew professor’s late brother, z”l.

But that’s not what I want to talk about! We’ll get to Israel, nation of bulbul, at a later date. Today, I want to just quickly tell the story of how I got an electric razor and a scale and a wicked discount.

For the past 30 days, some religious, religious-leaning, and lazy-but-looking-for-a-good-excuse Jews have refrained from shaving. It’s called the Omer, and it’s not as hot as that guy Omer you made out with one time in a hostel bar in London. (I have never made out with a guy named Omer in a hostel bar in London.) And on Sunday, or this Friday if you’re daring, the shaving will begin! So I wanted to be well equipped.

(Let me tell you, at the prices you pay for disposable razors here, you’re better served to just buy one piece of junk that lasts for 2 years, instead of 6 pieces of junk that last for 3 shaves each. I’m on the way to a new, regularly clean shaven me!)

So I shop around. I’m a slow learner, obviated by the fact that I’m buying an ELECTRONIC DEVICE of any sort in ISRAEL! Comments pointing that fact out will be summarily deleted. I don’t have the time to go gallivanting off to AMERICA and buy stuff there. Golden streets.

I see that one shop has only one on offer. It is 730 shekels. Is this machine made out of gold? No, it is just fancy. No thank you, warehouses of electricity! At the next shop, there are more styles, and there is a hanacha!  A special sale! The salesman will make me a sale on any electric razor: from 630 shekel to 500! From 550 shekel to 450! Or I can wait two weeks and one that might cost around 250 shekel will come. He thinks he can taste blood in the water but I am not a surfer on Réunion Island, and he is no bull-shark (too soon?! too soon). I leave my number, and then check a third store.

Dear reader: I hope by now you are fluent enough in folk-lore archetype to know what’s going to happen! The third shop was JUST RIGHT! They had, of course, a razor for 900 shekel. Still not made out of diamonds. They had the 400-600 shekel range. But then, wonder of wonders, they had a 275 shekel razor.

Shaggy-faced and desperate, I went for it!

For that, he told me, they’re doing a sale on scales. Normally 150 shekel, it’s dropped to 50 shekel for those buying electrical razors.

“Lite and compact, a whole new me!”

For me, because I was, quote, חמוד [cute], unquote, about these two exchanges, the salesman tells me, there will be a special price.

300 shekel. I’ve never bought a scale because I’ve always been like, Ugh, it’s like paying a ton of money to buy a wallet. Something inside of me is wary of the thing. But a ~5 dollar digital scale? That is not totally crap? Sign me up.

The point of this all, though, is that this wasn’t some mom and pop store. And even if it had been, the man just DISCOUNTED for me, for no good reason.

It’s a tiny country. And a lot of the time I hear people complain that it’s provincial, backwards, insular, terrible, cramped, with terrible customer service. I ask those people, when was the last time you treated those customer service jerkfaces like humans?! Think of all the times that those jerkatrons did really cool stuff for you because y’all were joking around whilst shopping. And rejoice. America doesn’t do that.