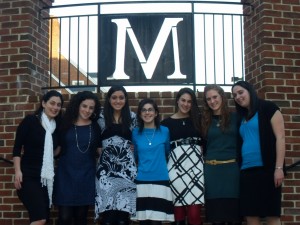 This is the story of a girl. Many girls, actually. This story was born long ago, but a recent confluence of events has compelled me to record it today. The events are as follows (some are more like situations than events): 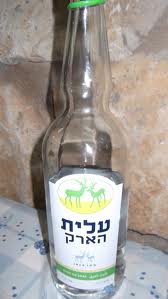 Friday night was fun. There was wine, Arak, deep-voiced singing, and heated debate about discovering the nature of God versus simply following His laws. There were, of course, the overt displays of “bro love,” and the subtle touching of men and women that revealed the underlying desire of every person in that room to get the hell married already.

Saturday lunch was fun. There was wine, a pearl necklace, musical chairs, and discussion about whether showing certain parts of our bodies adamantly defies the value of modesty or whether it simply shows that a woman is comfortable in her body. There were, of course, passionate conversations about bras and boys, heartfelt declarations of appreciation for the other girls around the table, and intimate stories that evoked laughter and the occasional gasp or sigh. Testosterone existed – somewhere else. It could yell and burp and pound its manly fist, but we had shut our ears. The amount of honest sharing around that table was so generous that it blocked out the dangerous world that takes until it breaks the heart. I felt surrounded by safety and warmth. I felt surrounded by trust. 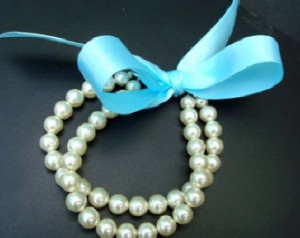 In this group of girlfriends, there were no games. There were no laden gazes; no hidden flirtations beneath simple words. There was real adoration, fiery anger at the world, and genuine smiles. There might have been less eagerness to disagree, but it came from a place of respect rather than a desire to appear demure. There was a sense of comfort that I do not feel in a mixed in a crowd. And there was a new surge of energy as well: flirting can be tiring, so imagine the potential brainpower when no attention is paid to making the “right” impression on the guy across the table.

A kind of wholeness filled the room; a kind of authenticity. The story below is another instance in which I felt this same authenticity, comfort, and openness – all because of some music and a few other girls.

Once, a few years ago, four girls lived in an apartment together. They were young in mind, limber in body, sharp of sight, and wary of the world and the damage it could do.

These girls were smart. These girls were educated (there is a difference). These girls wore skirts, and sometimes pants, but always covered their shoulders. Sometimes their hair was curly; sometimes it was straight; never was it covered; always was it able to hide any tears that might slip down, noticed.

These girls shared a sweater. The sweater was dark blue, and it hung on the wall with a thumb-tack. These girls also shared an oven, a microwave, a refrigerator, eggs and milk. Except for the girl who didn’t drink milk. (She couldn’t stand the taste.)

But in spite of her distaste for a certain dairy product, everyone liked these girls. Friends were always draped on their couches or lounging in their chairs, sipping from white, warm mugs. The girls welcomed them in; they never pushed them out. Except for the girl who came into the living room in her pajamas. She wanted everyone to leave so she could go to sleep (her pajama pants were pink and black plaid).

On rare nights, no one came over. The silence set a hush on the living room walls. The girls sat diligently over their desks, typing essays or scribbling notes. Every girl absorbed the quiet. Except for the girl who studied with guitars crashing in her ears (it improved her study habits).

One night (it was one of those rare nights), the girl who hated milk decided that her desk was no longer the place for her. She padded into the carpeted living room. She brought her music with her. Soon, the pajama-girl joined. The two of them began to dance.

The girl who studied with guitars in her ears peeked her head out next. She raised her eyebrows. She proceeded toward the oven to heat up three chicken nuggets.

And finally, cactus-girl sidled in, holding a bottle-cap full of water (just enough for her cactus’ weekly dose).

The music got louder. The beat grew stronger. Pajama-girl, unbeknownst to her friends, had taken three years of dance class. She could move (especially when wearing a baseball cap). She bounced and pounded, spun and punched, and at first the girls laughed and cheered at her spunk, but then the laughter wasn’t enough to satisfy them. They had to spin and punch and pound and bounce, too.

They were on their way to freedom. Bodies that were always stiff became flexible and long. Hands that were always arched over a keyboard or raised to catch a teacher’s eye became balls of movement; carriers of the beat.

Then the girls decided that they were too hot, too caged. And all of sudden, their stomachs hit the light. There they were, bared in front of each other, some with sharp flatness and some with soft roundness. The girls looked at each other, unsure, seeing a new piece of every body. A bit of lace here; a spandex band there; beige satin; stretchy and white.

And not only did each girl look at the others, she also looked at herself. Her own sense of skin, her own choice of fabric, the contour of her shoulder, and her very own wingspan. And then she threw herself into the dance.

She was one with them. They were three with her. The room was a unit – a unit with a secret – and as a unit, they slowly laid down, one by one, on the rough carpet that had once been a dance floor.

The next song was only a piano. The keys pressed lightly onto their hearts, calming their ever-pumping lungs and evening out their body-full breaths. Their stomachs cooled, falling and falling with each new breath, and though the air was no longer warm, they kept their stomachs bared to the dancing night.