Animal Justice as Social Justice – Reflections on the JSPCA

For the past nine months that I have been in Jerusalem, I have spent the majority of my Fridays volunteering at the Jerusalem Society for the Prevention of Cruelty to Animals (JSPCA). The JSCPA is the largest animal shelter in Jerusalem, holding up to 200 dogs and 150 cats at its maximum capacity, which is usually the case. In addition to housing dogs and cats, the JSPCA runs a low-cost spay and neuter program and a 24-hour veterinary clinic. All of the shelter’s costs – food, electricity, space, water, medical equipment, blankets, etc. – are covered by private donations. 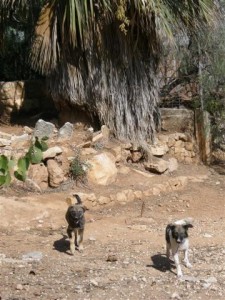 Learning at Pardes Institute of Jewish Studies this year, I have studied quite a bit about the importance and the complexity of participating in social action. Although Pardes strives to teach its students about social justice from a Jewish textual perspective, it has been obvious from the beginning of the year that such a textual perspective is only a supplement to that natural drive we possess as humankind to seek the avenues for social justice that we personally feel most connected to. Often, especially in Israel, social justice causes can be complex or two-sided. At JSPCA, I have found a cause that both I identify with completely and that I can see no other side to. Whether compelled by the Biblical commandment for humans to care for the rest of God’s creations or compelled by the heart-stopping stare of an animal who cries for the touch of a human being of her own, I know that it is an obligation for us to take responsibility for those neglected creatures who have no support system other than us. 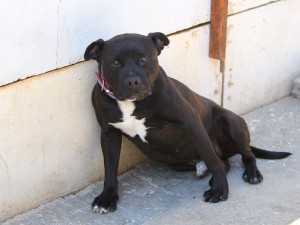 Take Snake, for example – a gentle, hilarious, loveable lap dog of a pit bull, who has been shut in the shelter for months simply because of breed stereotyping. Or Psycho, a German Shepherd mutt puppy who really isn’t so psychotic for a puppy. When Psycho is on a walk, she alternates between running with a happy tail and tongue flying to all sides, pulling towards a dog she thinks would be fun to play with, and sitting still so that the volunteer walking her will stop to give her a scratch on the ears. There’s Jacko, the one-eyed cat made entirely of fluff, who wants nothing but to curl up on any visitor’s lap. These animals and the nearly 350 others are cared for by an equally eclectic group of volunteers and employees, each one with his or her secretly favorite two or three pets (although they would never admit this to the others). 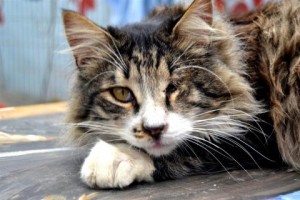 Every Friday, when I leave the shelter, I want nothing more than that these animals, these creatures who want nothing more than a person who will show them as much love as they show to every human who extends her hand, will live extraordinary lives in their future forever homes.  Until then, I hope that these animals will live wonderful enough lives in their temporary home at the JSPCA. While the JSPCA is blessed with incredible volunteers and employees, with endless love and dedication, the JSPCA is not so blessed the area of funding. If you have known a shelter dog or cat, if you have been blessed with receiving the unconditional love and therapy of a pet in your life, please consider at least looking at the JSPCA’s website, and perhaps, giving a monetary gift of life to the homeless dogs and cats of Jerusalem.