Why were the Israelites Enslaved? 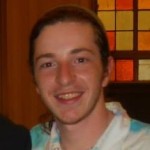 On Passover night, we ask many questions. Here is one you may have never asked: why did the Egyptians want to subjugate the Israelites into slavery in the first place? What can we learn about ourselves by connecting Torah, the history of its interpretation, and Jewish conflict resolution theory? Welcome to the Pardes Center for Judaism and Conflict Resolution housed in the Pardes Institute of Jewish Studies.

The details of the Exodus story are not distributed evenly. Many years of Jewish history are glossed over in one verse or are omitted entirely in the Torah. Thus, it takes great skill to fill in the details left out of the story, aided by small hints in the text. For example, the Torah explains Pharaoh’s motivation for enslaving the Israelites:

“And he said to his people, ‘Look, the Israelite people are much too numerous for us. Let us deal shrewdly with them, so that they may not increase; otherwise in the event of war they may join our enemies in fighting against us and rise from the land.” Exodus 1: 9-10 (JPS)

A close reader of these verses—from Josephus to Rashi to yourself—will ask several key questions that define the Exodus story. Firstly, was Pharaoh speaking hyperbolically, deliberately stirring up anti-Israelite sentiment? If so, we might call Pharaoh the first anti-Semite. Perhaps, however, Pharaoh was responding to legitimate threats to his people and we can read the Exodus story in a much more sympathetic light. Interestingly, we find in the canon of traditional Jewish commentaries of the text both options. Thus, the careful reader of biblical conflicts—from Sarah and Hagar, to Jacob and Esav, to the Children of Israel and Amalek— consistently finds ambiguities in biblical narrative, and challenge themselves to mediate between the various interpretive possibilities.

At Pardes, when studying the Exodus story, we cover systematically each and every verse, identifying all the questions we ourselves and the traditional commentators have asked over the years. Thus, for example, what did Exodus 1:10 mean when Pharaoah claims “they [the Israelites] may join our enemies in fighting against us and rise from the land?” As the Babylonian Talmud (Sotah 11a) notices, the text should read “’and we [the Egyptians] will go up!’” In other words, we expect Pharaoh’s fear to be that if the Israelites conquer Egypt, it will be the Egyptians who are forced to leave. Rashi agrees with the Talmud, going so far as to say that the text really means that it will be the Egyptians who are forced to leave, contrary to our initial understanding of the text. Rashi’s grandson, the Rashbam, disagrees: Pharaoh’s fear is that the Jews will “return to their native land [Canaan]. It is not good for us to lose our slaves and be called a ‘truncated kingdom.’” The most radical interpretation of these verses comes from the early Rabbinic translations of the Torah—the Targum Pseudo-Jonathan and Targum Yerushalmi. There, the threat is that the Israelites will “not leave a single one of us [alive] and then depart from the land.” According to this reading, Pharaoh may have believed the Jews to be an existential threat to Pharaoh’s kingdom and in fact all of Egyptian civilization. Other commentators point to a historic injustice in which the Israelites dominated over the native Egyptians, creating their desire for revenge. Reviewing these commentaries, we see options for understanding the Exodus story that perhaps we never believed possible.

In light of the various interpretations of this verse, and others, the student of historical biblical interpretation can feel quite confused. Gone are the simple “facts” of the Exodus story, and the closure that can come with a form of truth that does not see alternatives. The ancient Rabbis of Israel understood, perhaps best seen in the Talmud’s dialectics, the great value of twisting one’s brain to consider all the variant and contradictory readings a text allows. Thus, the Tosefta (Sota 7:12) states “so too should you make for yourself a heart of many rooms, and enter into it… the words of those who declare a matter impure, and those who declare it pure.” This Passover, the Pardes Center for Judaism and Conflict Resolution challenges you to ask many questions and make for yourself a heart of many rooms.

Eli Freedman is a year-program student at Pardes studying under Dr. Rabbi Daniel Roth in the Peace and Conflict Track. For more information on the Pardes Center for Judaism and Conflict Resolution, go to http://www.pardes.org.il/pcjcr.