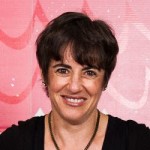 It’s 95 degrees in Jerusalem. And it’s supposed to be hot all week. In Hebrew this is called a Hamsin (heatwave) and you pronounce the H with the Israeli CH in your throat so that it comes our of your mouth sounding all hot and bothered.

For those of you who have never been to Jerusalem, this is unusual as well as unpleasant. Jerusalem weather is normally fairly similar to West LA – cool fresh mornings and breezy evenings with hot days  sandwiched in between. It’s a dessert climate.  But there was nothing cool about this morning. It was 90 degrees by 8 AM.

Today I started the Pardes Executive Seminar. A one week intensive program that brings together people from around the world to study classic Jewish texts. Each summer the seminar is built around a different  topic and this year it is focused on Rav Kook – a very complicated scholar, author, rabbi , teacher and mystic who lived during the turn of the century in both Europe and Israel.

Rav Kook was a rare blend of deeply religious mystic and passionate social activist, zealous nationalist and loving universalist. Born in Latvia in 1865, Rav Kook left the shtetl and immigrated to Palestine in 1904. Initially, he served as the Chief Rabbi of Jaffa, moved on to Jerusalem and eventually became the first Chief Rabbi of Palestine. His mastery of halakha (Jewish law), combined with his unusual openness to new ideas, attracted religious and secular Jews alike. His embracing policy of inclusiveness resulted in close ties with people who spanned a wide spectrum of ideologies and beliefs.

I cannot even express how novel and exciting it is to be in a classroom full of intelligent individuals from all backgrounds whose sole purpose is to learn for the sake of learning. We have Los Angeles talent agents, CEOs, physicians, psychiatrists, teachers, entrepreneurs, social workers… you name it it – there are all there. Butts in seats learning alongside one another. It is such a pleasure. No grades, no tests, no uppity freshmen looking to score points, no social drama. Just pure learning. Photos to follow tomorrow.

And I am able to walk to and from the Seminar which is fabulous. I have not been behind the wheel of a car now for almost two weeks.

Tonight, Pardes held its opening dinner at the Israel Museum. It was a lovely venue and heat subsided some which was a huge relief. 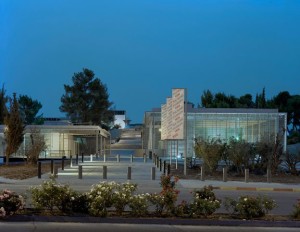 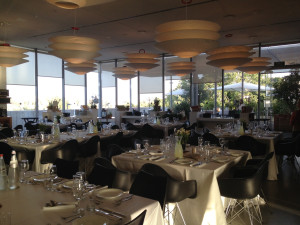 Some random thoughts on being completely alone, outside of your element and without all the trappings and identifiers of home and self. (Rosie in staying with camp friends for a couple of days)

Think for a moment who you would be if you took away your job, your spouse, your kids, your house, your responsibilities, your routines, your friends, your car, your favorite foods, the speed dial favorites on your phone, your language, etc. It’s a very odd combination of being extremely liberated and simultaneously a bit lost.
It is not an unpleasant sensation. But you have to be willing to roll with the wave and not try to control it. Only then can you really experience it.
This sense of being suspended gives you time to think about who you are at your core without all the givens that define you; without everything that you take for granted. It’s an interesting exercise.
Don’t get me wrong – I would not want it to go on indefinitely. And probably the mere knowledge that this ride is finite by definition allows me to partake of it fully.
On the flip side, while I am enjoying the scholarly foray into the world of Rav Kook and being able to decide what I want to do without consulting anyone (completely novel concept) – I am very much looking forward to greeting my family at the airport on Friday and being a family again for a solid two weeks of travels together.