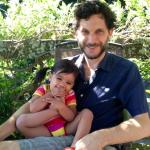 This post is dedicated to the memories of Moshe Twersky, Abraham Goldberg, Aryeh Kopinsky, and Kalman Levine, that their souls should rise to the great beit knesset in the sky, where they might be able to pray in peace, and that their memories should be for a blessing.

Horrific news rocked Jerusalem again yesterday. I say “again,” because, in some ways, this was not so different from the car attacks in the past several weeks, or the stabbings, or the firebombing of schools, mosques and synagogues in the occupied territories. Not so different, because with each instance, my heart broke a bit more, the energy in this city got a bit crazier, and people went about their business as if nothing had happened. If you didn’t read the news, you couldn’t be blamed for thinking everything was normal.

Last week, while introducing the staff panel on Hevron mentioned previously on this blog, David Bernstein, Dean of Pardes, explained that the way Israelis deal with hamatzav/”the situation,” as this mess is euphemistically called, is through the banality of shigra/routine. It’s a version of the British “stiff upper lip,” and makes the “Keep Calm and…” meme (which Pardes picked up on last year with …Study Talmud) resonate in not-so-subtle ways with its origin as a form of coping and crowd control during the bombing of London.

This sat like a lump of lead in my stomach. Granted, I’m sensitive–to the pain of others, to energies in the vicinity not my own–and so going about my business as if nothing’s happened is impossible. And yet, I do. Class still starts at 8:30, and I still need to get my daughter to gan. Shabbes still comes and the stores still close, so we still need to do our shopping.

But it took this shocking item to wake the western media from its slumber on the matter. To get friends and relatives finally asking, “are you ok?” I’ve not been to Har Nof, or davenned at Kehilat Bnei Torah, but I have friends who have.

Of course I’m not ok.

“There’s something happening here. What it is, ain’t exactly clear,” as the song goes. This incident is especially horrific to me because I’m a davenner, and I can put myself in that place even more easily than I can in the shoes of the other recent victims of this wave of terror. I also find it harder to empathize for someone who would go into a place of worship intent on violence. But I am not sure if this incident is any different from the ones that preceded it. They are all horrifying. They are all happening in my city. They are still-too-easy to wash away with a dose of shigra.

And they are all symptoms of a greater ill. Terrorism is too convenient a label. What I also feel, in addition to the pain of the innocent Israeli Jews, in addition to the dis-ease of my fellow expatriate Jews, in addition to the collective national mourning for the friend/relative of a relative/friend (as anyone is in this small country), is the hopelessness of a person driving a car to their certain death–though not his reasoning, the clenched-teeth frustration of those that would cheer him–though not their sentiment, and the desperation of a people walled in and unrepresented–though not their extremists’ means.

Because, in my short time here, I have heard all the old narratives and some new ones. And I’ve come to understand that narratives are important to the people that hold them, but they’re not enough. And the tighter someone or a group of someones holds on to a narrative, the harder it is for them to hear the other side. And and and.

How to begin to digest the indigestible? My sense is that people on both sides are getting tired of occupying, tired of resisting, even if that’s not what they wake up in the morning thinking, because in some way, we are all complicit. A change has got to come. Something I know about change is that it is a discontinuous function: it doesn’tdoesn’tdoesn’t then it does.

In my short while here, I’ve met good people in small, quiet organizations, doing really good work getting people to talk to each other. They are small steps. Smallsmallsmall then big. Talking seems like a really good way to start. Walking and talking slowly gets rid of indigestion.

May the legacies of the rabbis, of Zidan Sayif, the Druze first-on-the-scene police officer, and–dare I say it–those of Uday and Ghassan Abu Jamal, the perpetrators of this senseless, heartbreaking, crazy-making act, be the beginning. Of talking; of the end. In the memory of this horrific atrocity and desecration of prayer space, may the seed of change be planted.