The Reality of Dreams

Posted on December 9, 2014 by Samantha Vinokor 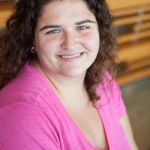 Parshat Vayeshev is bookended by accounts of dreams. It opens with Joseph, the favored son of Jacob, sharing his dream with his brothers:

And Joseph dreamed a dream, and he told it to his brothers; and they hated him even more. And he said unto them: Hear, I pray you, this dream that I have dreamed: behold, we were binding sheaves in the field, and, lo, my sheaf rose and stood upright, and behold, your sheaves came encircled it, and bowed down to my sheaf (Bereshit 37:5-7).

Joseph, from nearly the moment that we’re introduced to him, believes in his dreams, and deems them important enough to be interpreted and shared. In the Talmud, we learn that “the realization of all dreams follows the mouth (Berachot 55b),” meaning that, according to Jewish tradition, the importance of the dream is determined by the interpretation given to it. Through this reading, Joseph’s dream became prophetic only when he attached that significance to it by sharing it aloud with this interpretation.

Our reading of dreams is much like the reading of Torah. As each individual encounters the text for him or herself, they have the choice of whether or not to give it importance, and to derive deeper levels of significance from it. A person who encounters a text can read through it on a basic level and not come away with a deep understanding, but by giving voice to the text through our own ongoing study, questioning, and interpretations, we give it new and unique importance each day.

The parsha ends with Joseph interpreting Pharaoh’s dreams from the Egyptian prison. Just as in his own case, it is Joseph’s interpretation that brings deep meaning to the dreams, and it is due to them being treated as significant that they become prophetic revelations. This reading of dreams demonstrates the power that we have over our thoughts, and ultimately, our destinies. If we give significance to our thoughts and feelings, we give them authority, and thus invest in them importance.