Faith in an Age of Miracles 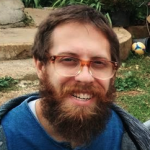 Before the miracle, there was a test.

Everybody knows Hanukkah is about miracles — how that little flask of holy gold was uncovered, how it burned for eight days, just enough time to pick and press more olives into oil.

But before finding that small sealed jar of purity, before reentering the once-glorious Temple, before winning the military battle against their Greek overlords, the Maccabees had to believe that there was something worth the fight, something demanding a journey, something eternal hidden amid the chaos.

The Maccabees must have been some kind of crazy. Greek culture’s flashing beauty captivated everybody around — their brothers and sisters, their friends and neighbors — and these Jews strove to assimilate into this seemingly most-high manifestation of wisdom and creativity. For many, it was no problem that Torah learning had been outlawed. Divining truth through secular study was just as good, if not better. The Maccabees must have been crazy. Why else revolt against a foe as mighty as human progress?

Because faith. For a God-revering Jew, life is a succession of tests. For a non-Jew, too, who believes in the inherent goodness of the universe, life is also an unending test. To live in our modern world of boundless interconnection and endless conflict is to be confronted daily by both revealed miracles and senseless evil. At every moment, the conscious, awakened person stands at the edge of a cliff. Lean too far, or stare too closely, and this person will surely tumble into the void of despair, anger and cynicism swirling below.

It’s easy to be overwhelmed by the constant onslaught of questions, but in order to perceive and appreciate the wondrous reality of existence, one must not crumble, or G!d-forbid tear, the exam sheet on the desk. While discussing the underpinnings of Hanukkah in Rav Mike Feuer’s Halakha class, we learned that without נסיון (nisayon, Hebrew for “test”) there is no נס (nes, “miracle”). Lest this send you running toward the edge, you should know that the opposite is true, too.

I learned this lesson in an unlikely place — the parking lot outside of a Phish concert — and my test of faith took three years to complete.

First, you should know that my journey on the Jewish path has always been intertwined with a fervent love of music. Soon after my bar mitzvah, I was introduced to the strange and beautiful world of the Grateful Dead, and soon after that, I first heard the terrifyingly strange and beautiful sounds of Phish. These two pursuits (Judaism and jam-centric music) are so completely melded in my mind that I’m writing a book about their intersection, the Phish Talmud (find the project on Twitter and Facebook), and have been since about the time I stood for hours with a friend in a sun-burned parking lot outside of Atlanta, Ga., with a finger raised to the heavens.

We must have been some kind of crazy. It was July 4th, and the show was completely sold out. Other ticketless fans held multiple $100 bills into the air, yet, the lucky souls in attendance just walked right on by. For stubs originally sold at the face value of $50, it was a seller’s market and my single finger was utterly devoid of monetary worth. And yet, there we stood.

The Phish community inherited much of its operational philosophy from the culture that surrounded the Grateful Dead a generation before. A pillar of this worldview is belief in the miraculous. Fans with no money and/or no ticket can always be found smiling cheerily outside of sold-out Phish concerts, serenading passersby with the classic question-prayer, “Who’s got my miracle?” And there are always other fans with extra tickets willing to literally give their tickets away for free. This gifted ticket is known as a miracle. I have witnessed such miracles.

Another pillar of this community is faith in the goodness of fellow seekers. Even when the show is sold-out, fans generally sell their extra tickets for face value. Unlike the market outside of contentious sports events, it is considered poor etiquette to scalp tickets to a Phish concert.

So there we stood, sweating in the sun, smiling like children who don’t know from better or worse. I was determined to get a ticket for the regular fare, if not for free, but as the clock ticked toward show time, not a single person had even approached to make a deal. Optimism waning with the sunlight, desperation took hold. The night before, I’d found a post on Craigslist advertising a pair for twice face value, and though I had exchanged emails with the person who posted the ad, by the morning she had not responded with a place to meet and anyway I was wary of paying the hiked-up price. It didn’t sit well, made me queasy, but as other friends and fans began to enter, I checked my email one last time. She’d responded.

In a single moment, I failed the test. My ticketless companion had never wanted to be so Orthodox about acquiring Phish tickets, so the blame rests on my shoulders. There would be no miracle today because I had lost faith in my fellow travelers, in all those thousands of music-lovers walking beside me on the path.  Blinders on, we literally drove out of that parking lot and right into the heart of cynical doubt, ignoring every warning sign urging us to turn back. I compromised my ideals, forsook an otherwise steadfast dedication to, and promotion of, a community founded on the values of equity and lovingkindness. The cosmos responded in kind, forsaking me. The Craigslist ad was a scam, and after losing more money than I care to recall, we drove dejectedly back to the venue to wait for those friends of ours who were inside. Meanwhile, we missed a concert of truly epic proportions.

A few years later, I was confronted by another test (was it the same one?) in a car-studded field outside of another concert. The Phish experience has always been a personal laboratory for clarifying religious convictions, for testing spiritual assumptions, for determining the relevancy of Jewish laws in my life. This concert would be a test like no other. On the one hand, as in Atlanta, the show was sold out and I was ticketless. On the other hand, it was Shabbat and I was committed to spending no money. Perhaps it sounds strange that a person going to a live rock concert on a Saturday afternoon should be concerned about not making cash exchanges, but such is the tension inherent in having an evolving relationship with Torah-based tradition.

Thank the good Lord, since that dark time in Georgia I had met a beautiful Jewish Phish fan, fallen in love and gotten engaged, and there was no need to take this test alone. The two of us walked the few miles of blazing sun between our hotel and the venue in Columbia, Md., nothing in our pockets, hope in our hearts. We arrived several hours before show time and began traversing the rows of cars with fingers held high, asking the traditional question, “Who’s got my miracle?” No exaggeration, within a minute a young man called us over to his car, opened the trunk and pulled an envelope out of a bag. As he handed us the ticket inside, one of us said, “So, I don’t know if you’re familiar with the Jewish faith, but…” The guy stopped us mid-sentence. “I’m Jewish, too,” he said. “I wasn’t gonna charge your for the ticket anyway. Take it. It’s yours.”

Delighted by such good fortune, we cavorted through the parking lot until hours had passed and, falling exhausted onto a patch of grass near the venue’s outer fence, we realized that the show would soon start and we only had one ticket. Nervous anticipation and heightened excitement crept into our bones, since we were ever-susceptible to the energy around us, a fine-tuning that results from attending dozens of similar events. With the hourglass dwindling down to showtime, the crowd streaming by was equal parts giddy and edgy. Many, many people, it seemed, did not have tickets to the show. Just as it had been in Atlanta, scores of ticketless fans waved $100 bills in the air, hoping to coax an extra or two from the hands of the haves. Fear crept across the face of my partner when I suggested that she go in the venue with our one ticket and that I would either find her inside or we would meet after the show finished. Without money, a phone or even water, she worried for my well-being. But I insisted, and after reluctantly agreeing to the makeshift rendezvous plan, my fiance began walking head-bowed to the nearest entrance, joining the river of fans pouring toward the gates with just minutes left before the scheduled start time.

This is the point where, just a few years before, I would have compromised my values to find a way in. Now, however, I stood still and silently prayed. Just that moment, a man approached. “Hey, you need a ticket?” he asked.

“Listen, thank you so much, but here’s the thing,” I responded sheepishly. “Are you familiar with the Jewish faith? It’s the Sabbath right now, which means I can’t spend money. In fact, I don’t even have money. I would be happy to meet with you later tonight or tomorrow and figure this out, but right now I just can’t pay you for this ticket.” A few more silent prayers.

“OK, hang on,” he said, indicating that he’d have to ask his girlfriend, the rightful owner of the ticket. Meanwhile, my fiance, who must have glanced back and witnessed the interaction, was now running toward me, asking what happened. Before I could explain, the guy returned with his significant other and handed me the ticket. “Enjoy,” he said.

Such is the reward of keeping the faith. We never did get a chance to pay that couple back, but since then we have “miracled” other needy fans with free tickets, always striving to pay it forward and to infuse the Phish community with additional doses of hope.

The next day, when Phish played a second night at the same venue — a show we were duty-bound to attend — they opened their second set with an extended cover of “Golden Age” by TV on the Radio. Its chorus is an apt conclusion to my story, and one that resonates beautifully with the current Hanukkah season: