Mishpatim: who’s in my window? 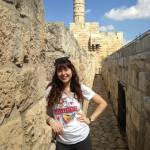 This week’s parasha, Mishpatim, is essentially a long list of laws laid out for the Jewish people following the revelation at Sinai. Often, the laws seem understandable (if a man leaves their animal with a neighbor for safekeeping and the animal is killed/hurt/disappears, the neighbor must make an oath that he had no hand in the damage done, v. 22:9). Sometimes, the laws are not only understandable but, also, feel comfortable and positive from a modern mindset (if you lend money to a poor person, do not act as a demanding creditor, v. 22:24). Sometimes, the laws are a bit uncomfortable (if a pregnant woman is hit and miscarries, she should receive monetary payment for the worth of the lost child, v. 21:22). Side note: What made me uncomfortable here was the notion of assigning monetary worth as recompense for a lost child. Yet, my Chumash teacher, Meir Schweiger pointed out that insurance companies assign monetary worth to lost life as a general practice.

By and large, I read the laws outlined in this parasha as positive measures to protect those who are disadvantaged, vulnerable, or likely to be mistreated. This notion is explicitly stated in a Rashi commentary on pasuk 22:21 – “you must not mistreat any widow or orphan.” On this pasuk, Rashi states, “the same applies to any person, but the Torah speaks of what is usual, for they are weak and are frequently mistreated.”

One scenario, however, stood out to me from this lengthy account of laws as particularly worthy of additional thought. The scenario is as follows: a thief is found breaking in [to an unspecified location]. After being caught, the thief is struck and killed (v. 22:1).

The Torah continues on to evaluate the appropriateness of the thief’s death. If the situation aligns with the baseline narrative that the thief breaks in, is caught, stuck and killed, then the person who kills the thief has no liability. Rashi’s commentary states that the killing of the thief should not be considered murder, and it is from here we derive the legitimacy of killing as a form of self-defense.

YET, the Torah states, “if the sun shone on him, there is liability for his blood.”

Back to my favorite French commentator on the Tanakh…

So now, as if often the case, doing what is ‘right’ stops being something we can determine by following a guidebook and can only be done by using our powers of intuition and rationale. On the one hand, heaven forbid the thief be given the benefit of the doubt and the person being robbed is murdered. On the other hand, how can we justly assume that someone wants to kill us just because we see them sneaking in our window? Maybe they are like Jean Valjean and are simply trying to steal some bread to feed a starving child! (Les Miserables reference for those not up on the Broadway scene.)

This philosophical merry-go-round called to mind an NPR story I heard several years ago (story online here). The story goes that a social worker in New York City was heading to his favorite diner when a teenage boy approached him with a knife and demanded his wallet. The man handed over his wallet…and also his coat. Saying, “if you’re going to be out here all night, you might as well be warm.” The man then proceeded to invite the teen to join him at the diner for a bite to eat. Although shocked, the teen agreed. At the end of the meal, the teen returned the wallet and also (on the man’s request) handed over his knife.

Maybe the teen got a new knife the next day. Maybe he robbed someone right after he left the diner. Maybe someone killed him in an act of self-defense.

Or, maybe the social worker was the first person to ever treat that kid with respect. Maybe the teen still remembers that meal at the diner – remembers how it turned his life around. Maybe he started an organization to help disadvantaged youth in New York City find ways to make ends meet without theft and violence.

And maybe that’s the point. The point is that we don’t know. We don’t know if that person climbing in the window wants to kill someone…or if they really need something and don’t know any other way to get it. Yes, the Torah says, you can defend yourself. Of course, you can defend yourself. But you better be pretty darn sure that you are actually in danger! This creates a burden of certainly that is hard to determine and even harder to prove, indicating to me that our mandate here is to be careful: careful of our assumptions, careful of our actions, careful of how we treat other people. Yes, all people. And hey, maybe you can swing it to just give the guy a loan (but, don’t forget, if he’s still poor when he’s supposed to pay you back, don’t embarrass him by asking for the money back, v. 22.24).

*all pasukim references refer to the book of Shemot