Yosef and the Color of the Year

“…that sweater is not just blue, it’s not turquoise. It’s not lapis. It’s actually cerulean.”

According to Radak, “passim” can be translated as “colorful.” Rashi states that “passim” refers to “fine wool,” which he extrapolates this from Megilat Esther (1:6) “green wool (כַּרְפַּס) and blue wool.” Ibn Ezra claims that the word “passim” connotes that the garment was embroidered. The Targum Yonatan tells us that this garment was illustrated. Hence, “ketonet passim,” may be translated as “a coat of many colors,” “an ornamented tunic,” or “a fine woolen cloak.” (The Living Torah).

Clothing has the power to do just that. Clothing represents how we want to present ourselves to our peers and to the world. There are different shades, different mixes, different hues of color that allow every person to represent themselves as the best YOU possible. Just like Miranda Priestly said, “that sweater is not just blue, it’s not turquoise. It’s not lapis. It’s actually cerulean.” As the biblical commentators above provided there are many fashionable options to help us imagine the כְּתֹ֥נֶת פַּסִּֽים.

Not only is the parsha relevant because outerwear is always in style, but his happens to fall the same week that Pantone, “the world-renowned authority on color and provider of color systems and leading technology for the selection and accurate communication of color across a variety of industries,” made their annual “Color of the Year” announcement. For the first time ever, Pantone announced that there are two colors. The colors for the 2016 are Rose Quartz and Serenity (a light pink and light blue). According to the Pantone announcement, “joined together, Rose Quartz and Serenity demonstrate an inherent balance between a warmer embracing rose tone and the cooler tranquil blue, reflecting connection and wellness as well as a soothing sense of order and peace.”

It is also an opportunity for us to consider our relationships with each other. It is a chance for us to color a dark grey world with colors of hope and happiness. It is a blatant message to connect our world of Torah with the world outside our Beit Midrash. 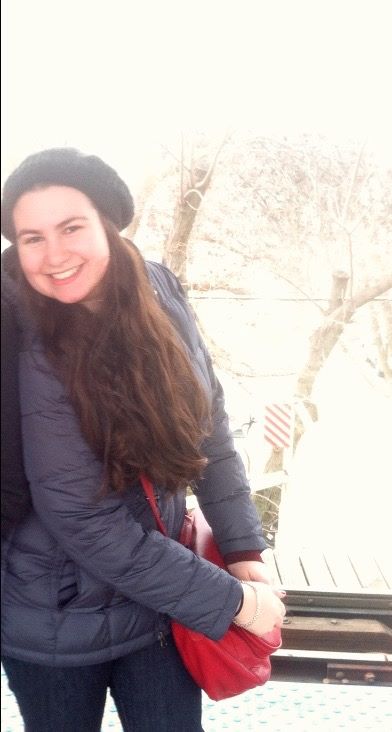