One of the most meaningful aspects of the trip has been connecting to the Turkish Jewish Community’s past, present, and future. Thursday was spent walking up and down the hilly, winding streets of Galata, where we took in the beauty of the Ashkenazi synagogue, the Italian synagogue, and Neve Shalom, Istanbul’s largest synagogue. We sang our hearts out for the residents of the Jewish old age home, watching the joy in their faces as we sang familiar tunes. The day ended, of course, with a learning session with young professionals working to bring more Jewish programming to Istanbul’s 20-something crowd.

But Friday was perhaps, as Levi likes to say, the most important day of the trip. Bright and early, we joined the tefila at Ulus, the Jewish day school, where we spent the day with 5th, 6th, 9th, 10th, and 11th grade students. It was a marathon made for informal Jewish educators, and with a bit of coffee and a team huddle, we were off.

Our greatest challenge of the trip: 127 Turkish high schoolers, one room, one hour. Our goal was to discuss relationships using metaphors inspired by the seven species. The program consisted of rotations through various stations, each focusing on a text about a different species and an activity connecting that species to a kind of relationship. At my station, we used a metaphor of the pomegranate to discuss the tension of being a unique individual within a unified community:

The room was filled with voices; fellow Pardesniks straining to teach among the rich chaos, some teens chatting on the sidelines, many deeply engaged in the Torah we were bringing. As I listened to my own booming voice and became aware of my grand hand gestures and dramatic body movements, I realized I was channeling a fusion of my dear Pardes teachers. I heard myself addressing the group as “my friends,” a classic Yaffa Epstein catchphrase. I sprang around my little circle of learning, using my whole body to tell a story, as I watched Levi Cooper do just the day before. I raised my voice with excitement for Torah, hearing Rahel Berkovits’ love for text spilling out of me. It was a beautiful balagan in that room, but I knew I was exactly where I was supposed to be. I felt myself becoming the Jewish educator I want to be, inspired by teachers whose deep knowledge of Torah is matched by their care and devotion to student growth and development. 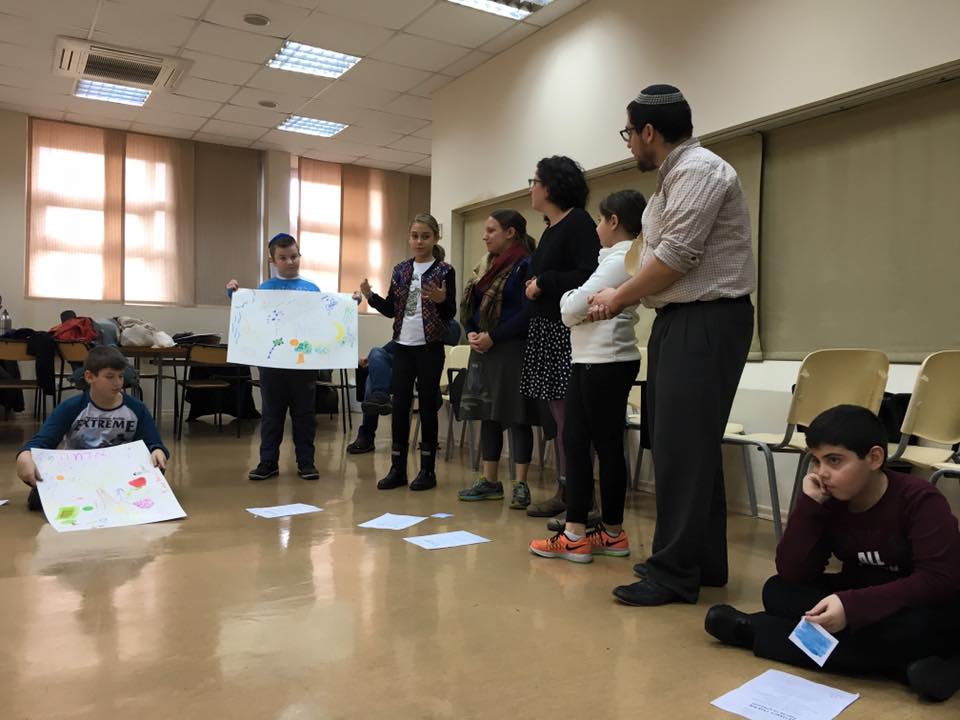 As we welcomed in Shabbat, now a more bonded group, I felt a renewed gratitude for my beloved Pardes teachers; for their Torah, but also for their beautiful and varied models of teaching in engaging, dynamic, and meaningful ways. Each teacher entirely special on their own, but united in the ways they continue to inspire their students.