Silence. Then suddenly, five Turkish twenty-year-olds begin laughing hysterically at this classic joke. When was the last time someone actually laughed at this joke, I wonder? I marvel and give the joke teller, a fellow Pardes student, a look of amused awe. The twenty-year-olds, leaders of a Jewish youth movement in Turkey, proceed to share some of their own classic jokes. I do not quite understand the punch lines the way they grasped ours, but I continue to marvel at the connections we are making through telling jokes, of all things.

The ability to share in things so universal and take joy in learning about the specific and different manifestations in our unique countries and cultures is a theme that would come up again and again through our incredible Shabbat in Istanbul.

Friday night began with chills as one of our Pardes team led a Carlebach style Kabbalat Shabbat in the Ortokay Synagogue. The synagogue’s rabbi, Rabbi Nachi, stood nearby on the bima and enthusiastically sang along and led some prayers with tunes traditional to Turkey’s Jewish communities. Up in the women’s balcony we danced at our seats. Below us on the bima, they danced in a circle, and amazingly, the Hahambashi, the Chief Rabbi of Turkey, joined in. I have shared with campers and students of mine in the past the idea that on Friday night, or anytime we pray, Jews throughout the word are davening with more or less the same text. Describing and imagining such an experience is one thing. Living it this past Shabbat was something else.

Shabbat continued with meal after meal. The twenty-years-olds at our table during Friday night dinner enjoyed explaining the traditional dishes to us and pushing us to eat more, which was a very familiar Jewish experience. We sang song after song with one another, songs that we taught, songs that we all knew and songs that we learned. Each meal was filled with enthusiastic singing and beautiful divrei Torah.

As everyone shared words of Torah, I was thinking how this experience was reflected in the parsha of that Shabbat. In Parshat Bo, G-d gives Moshe instructions for the Israelites about the sacrificial lamb, in preparation for the last plague that will befall Egypt, saying

“Speak to the whole community of Israel and say that on the tenth of this month each of them shall take a lamb to a family, a lamb to a household. But if the household is too small for a lamb, let him share one with a neighbor who dwells nearby.”

One way to look at the book of Shemot, is to see it as preparation and instruction for how the Jewish people build community and become a nation. Rav Hirsch, an early 19th century commentator in Germany, says something really beautiful about the instructions to share the lamb with one’s neighbors:

“But it is not free, independent individuals which are to be the elements out of which G-d wishes to build up His people, it is, as we have seen, out of free independent houses, formed by the bonds of blood or by free choice. Only within the sphere of a freely-formed family is the individual to grow to the use and enjoyment of his own self.”

During our time in Turkey, and especially over Shabbat, I felt that we really became part of the Turkish Jewish community. We came to both learn and infuse our energy into their community, and in turn, were welcomed into their family with wide open arms. In this “freely-formed family” I felt myself at my greatest potential, inspired in my role as educator and community member.

My bracha for my Pardes community and beyond this Shabbat is that we are continuously empowered to create and contribute to our own thriving Jewish communities and families of choice. 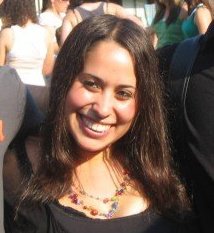