When I decided to volunteer at Hillel, a non-profit organization in Jerusalem that is dedicated to helping former ultra-orthodox Jews that have decided to leave the Haredi world and assimilate into secular society, I was not entirely sure what I was getting into. Inspired by a disturbing report in a 2014 article in The New Yorker called The Shame of Borough Park, I was struck by the devastating realization that significant portions of the ultra-orthodox world are so cloistered, oppressive, and cut-off from the outside world, that it is often not within a person’s perceived ability to choose to leave such a lifestyle and make their own choices about how they want to live. Ultra-orthodox Jews who leave the Haredi system not only leave behind their familiar, highly regimented and strict religious day-to-day lives, but they also leave behind entire communities, support systems, families, friends–an entire world, really. Their families treat them as though they have died and sit shiva for them, and they become what can only be referred to as ex-communicated. Because such Haredi communities are careful to make sure that they are completely segregated from surrounding less-religious and secular people and cultures, the newly ex-Haredi individual faces a staggering number of nearly insurmountable hurdles to start their lives over; everything from a lack of a basic secular education, a lack of real world skills and experiences that make a person employable, to cultural and language barriers, and perhaps most importantly, a lack of a supportive community, such individuals find themselves fleeing from what for them feels like a prison, only to wander aimlessly in a sort of perpetual cruel wilderness that provides no resources, no comfort and no end in sight. It makes my head spin just to think of it.

The article from The New Yorker refers to members of a Chasidic sect in Borough Park who became involved in a terrible case of sexual abuse within their community, which led some of the victims to “fall off the derech,” and into a secular world that they could not easily assimilate into due to their utterly foreign upbringing. If such a situation can happen right in the middle of New York City, how much more difficult must it be in Israel? After all, Hillel is the only non-profit in all of Israel that provides any such support. My volunteering project with them would be to simply show up, and be supportive and friendly by speaking with them in English, in an attempt to give them more applicable, secular-world skills.

Somewhat ironically, my own trajectory in life has been going in a very different direction of those who come to Hillel, by my becoming more interested in a religiously Jewish lifestyle, albeit quite far from a Haredi one. The fact that I have chosen this lifestyle, that I have chosen to become Jewish in the first place, in many ways, seems like the opposite of what these young ex-Haredi individuals have chosen for themselves. To me, it seems like they hardly have a choice at all–they can either live quiet lives of desperation and misery, clinging to a perilous cliff, barely surviving, or they could make the difficult decision and jump into a seemingly endless pit, with no idea of what awaits them at the bottom–or if there is a bottom. This is not to say that there are not people who are happy in the Haredi world–but for those who are not happy and do not wish to live such a way, their daily lives are experienced under the weight of stifling oppression, and the decision to leave is nothing short of terrifying.

Despite these apparently opposite trajectories between myself and those who come to Hillel, I feel, and always have felt, that it is absolutely imperative that individuals be able to choose the lives that they wish to lead. Sometimes the choices we make are unbelievably complicated–I certainly didn’t have to choose this path in life, but if I wanted to live authentically and be true to myself, then the choice was obvious–I’d become Jewish and make my home in this crazy country that I love. For the ex-Haredi, their choice is even more complicated, and it takes a tremendous amount of courage to make such life-changing decisions.

Hillel’s community is made up of mostly 18-30 year-olds. Their level of English skills vary, but the handful that I met on my first volunteer visit could at least have a simple conversation with me. I had asked the other volunteers who are not from Pardes and had been working there since September what I could expect as far as any religious practice from those I would meet. One of the volunteers, as though he read my mind, assured me that I would not have to worry about practicing shomer negiah (the practice of not touching the opposite sex, even in a handshake); in fact, he was worried that I might be shomer negiah because the way in which I dressed suggested such a level of religious observance! I assured him that this was not the case with me at all, and found myself a bit curious about the assumptions that one makes about someone based on the way that person looks. I wondered how many of these ex-Haredim walked around in their typical religious clothing (black hat, coat, pants and white dress shirt for men, skirts past the knees, sleeves past the elbows, collars up high for the women), while all they while, inside they longed to be able to outwardly express that this is not who they really are.

We ordered pizza as the conversations got going, which would eventually lead to a game of English bingo. The pizza didn’t come from a kosher restaurant. The people who come to Hillel have no desire to live any semblance of a religious lifestyle, and I cannot blame them–instead of being supported for nuances and differences in how a person chooses to live, they were shunned utterly and completely by the people we all assume should love and care about us the most. I suppose after your family sits shiva for you while you are still very much alive, the desire to be a part of a Jewish community is really the thing that ends up dying within that person.

As conversations slowed while members of the Hillel community struggled to express themselves in English, I saw a range of personalities–one young man was very shy when he could not think of a word, but he refused to give up on trying. One woman rolled her eyes with frustrated indignation at the difficulty of the English language. Another person laughed as she mistakenly said the wrong thing, but didn’t seem bothered by it at all. Another person would barely speak at all, and ask his girlfriend in Hebrew how something is said.

At the end of my hour and a half at Hillel though, the relaxed environment impressed me. In the end, we were a group of people hanging out, eating pizza, chatting about our day and playing a couple of games together. I hadn’t considered that doing what I do with my own friends could be considered an act of chesed, but then again, I have the benefit of having a community that surrounds me with love and provides me with support. Such a thing is not a given for everyone. Some people are really alone in this world. As we know from as far back as creation in Bereishit 2:18, “It is not good for man to be alone.” Sometimes just being there for someone is one of the greatest acts of chesed there is.

This post is in honor of Yom Iyun shel Chessed, in honor of slain Pardes students, Ben and Marla z”l. 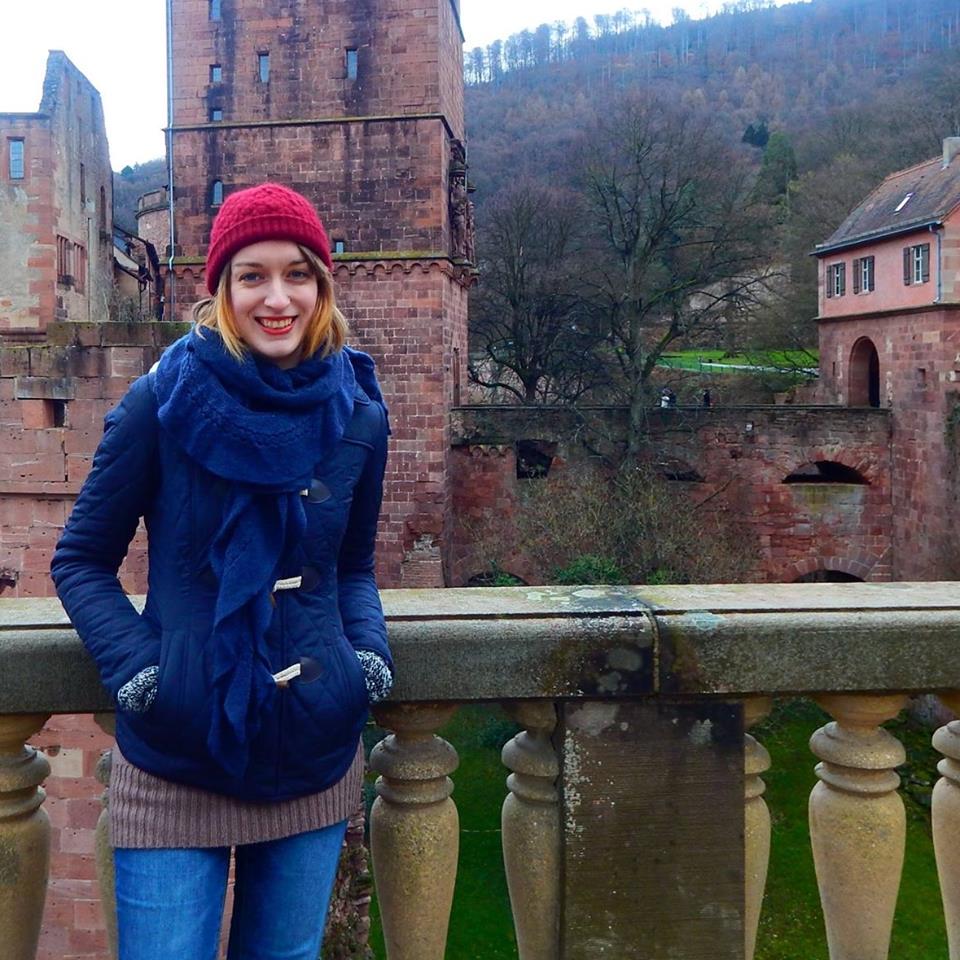