I was marching with friends, caught up in the music and dancing, and awed by the displays of courage and strength that surged around me. Suddenly, police officers started running by us, and we heard sirens as the crowd hurried to get out of the road so an ambulance could drive through. Within seconds, everyone was on his or her phone in an effort to figure out what was going on. Slowly, the story came together: a religious extremist with a knife had rushed into the crowd and stabbed people. It was only later that I learned the name of one of the victims: sixteen-year-old Shira Banki, z”l, who had come to Pride as an ally to support her friends. She died from her wounds.

Exactly one year later, I found myself sitting on a blanket in Zion Square in the cool night air. I had come to participate in a dialogue circle being held in Shira Banki’s memory, focusing on inclusion of the “other.” I had zero idea of what to expect, and my plan for the evening was mainly to listen. Although I’m a religious gay woman, I am not an authority on LGBTQ culture and I don’t live in Jerusalem, so I wasn’t sure what I would be able to add.

I needn’t have worried. Our English-language circle was facilitated by an amazing teacher of mine at the Pardes institute who is a leader in her Orthodox community and has taken it upon herself to be an advocate for LGBTQ inclusion. Many of my fellow Pardes students were there, along with several people I had never met before, and the questions people asked were raw and honest and sparked powerful discussions.

As we listened to each other’s answers, I felt my own thoughts stirring inside of me. I am a person who always feels “other.” I do not feel like I fit in exclusively LGBTQ communities because I am not “queer” enough, and I do not feel like I fit in exclusively Orthodox communities because I know I will never fit the typical mold of an Orthodox woman. But on that blanket in Zion Square, I felt like I had a place. I recognized that, as a person who is gay but has chosen a religious lifestyle, I had something particular that I could bring to the discussion. I could say, “Yes, I know what the Torah says. But I still love the Torah and I believe that G-d and I are fine. Why should I have to choose between being religious and being true to myself as a gay person?” Publicly claiming those two labels–religious and gay–and knowing that I owned both of them, that I did not need to prove anything to anyone, was incredibly powerful. I felt as though on that night, through our dialogue, I grew more comfortable with who I am.

There is a lot of work that still needs to be done in Judaism around the full inclusion of LGBTQ individuals. When I think about the big picture, it’s overwhelming and often leaves me feeling sad. But small steps with huge significance are happening all the time. That night in downtown Jerusalem, there was an incredible variety of people who showed up to participate in the dialogue in some way, shape, or form: gay, straight, bisexual, and genderqueer; secular, Reform, Conservative, Orthodox, and Haredi. To get all those people together to talk about this issue is huge. To open some minds, to spark new thoughts, to put a face to the word, “other”–these are the small steps that lead to change over time, first on an individual level and then, hopefully, on a larger scale.

I have spent seven summers in Israel and I’ve done a lot of amazing things in this country. I’ve hiked from the Dead Sea to the Mediterranean, I’ve excavated an ancient bakery in Tzfat, I’ve davened at the Kotel, and I’ve been to Mahane Yehuda on a Friday morning and lived to tell about it. But I think that one of the most meaningful things I’ve ever done here was that dialogue circle. I felt blessed to witness and participate in such an authentic and essential discussion. I pray that there are many more such discussions in the future, until the day when, G-d willing, we won’t need them anymore. 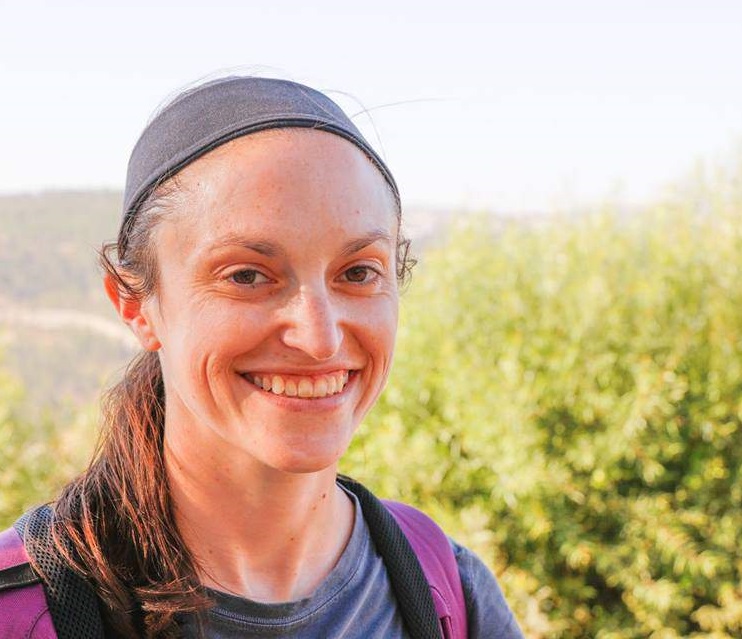