After a wonderful sleep at our host families’ homes, we were back up and exploring the community early this morning.  We started the day with Shacharit and breakfast at the Ortaköy synagogue near where we are staying and then spent most of the morning and afternoon hopping in and out of different active and no longer active synagogues.  At each one we admired the beautiful architecture and decorations.  At one we were lucky enough to get to take out and read from one of their many many Sifrei Torah.  Then, we went back to our host families and spent a wonderful evening together, eating, chatting, and getting to know the wonderful people that have opened their homes to us this week.

Despite all of that excitement (and sometimes chaos and confusion) my favorite moment was tucked away in the middle of the day.  Around lunch time, we went to Or Ahayim,  the Jewish hospital.  We intended to go and sing songs with the patients, but when we arrived, the hospital employees who greeted us seemed intent on just giving us a tour.   Eventually they agreed that we could sing if any patients wanted to invite us into their rooms. In the second room, we found a brother and sister, both in their late nineties.   As we began to sing a song in Ladino, the man’s face lit up.  By the end of the song his eyes were closed and he looked utterly serene, as if he were back in his childhood.   By the next song, Levi, a few of us,  and even some of the hospital staff were dancing with his sister.   As we left their room, I got to spend a few moments talking with the man.  His face lit up when he heard my rusty Spanish.   As I fumbled my way through a few questions, he told me a bit about his life, but mostly about how happy he was that we were there and that it was more than he could have desired.   It didn’t matter that we didn’t have a language in common (he was speaking Ladino) – what we were both saying was clear.   Thank you for this moment, for caring, for sharing yourself, and for just being here with me.   We left the room and suddenly the staff, who had been so unsure about us before, had another patient for us to see, and another until we were out of time.  By the time we left, there had been tears, kind words, large smiles, and dancing.  It was amazing to see that just as much as we can give to the community, we can learn from it, and just as much as we can learn from it, so too can we give back something meaningful. 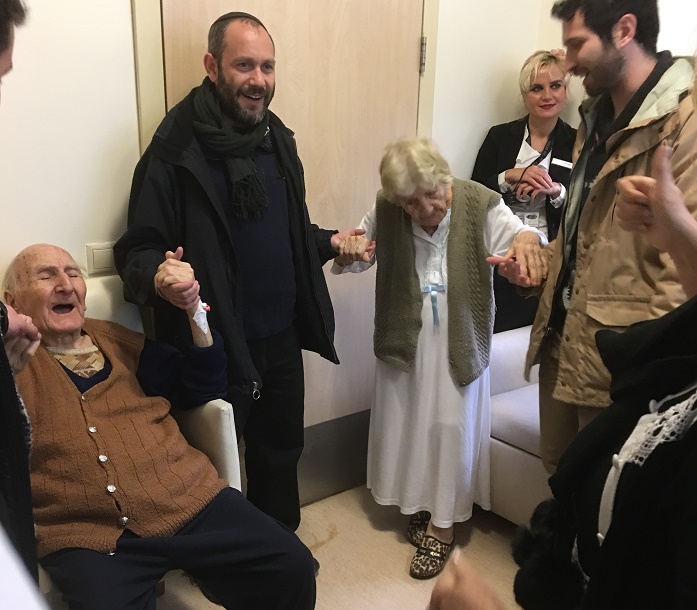