It is a privilege for Cheryl and me to sponsor and dedicate today’s learning at Pardes in honor of our Children, Gabrielle and Jake Moskovitz, David Lasher and Jake Lasher. We hope and pray that our children will always know and feel how much we love them and that they should cherish the importance of learning Torah, Jewish values and middot, giving to others, helping all of Am Yisrael, being proud Jews and connecting to all other Jews and especially to the State of Israel and Land of Israel.

A quick thought on Purim which is quickly approaching as we celebrate today Rosh Chodesh Adar II.

Purim is a holiday with so many important messages like – God really ruling the world behind the scenes; standing up for what we believe in; infusing the physical with the spiritual; a belief in the destiny of the Jewish People and of course the importance of a good drink but I’ll give you one more message that is often over-looked.

I would argue that the real success of Esther & Mordechai comes only when they build Community. In fact on multiple occasions, the Megillah states that Esther and Mordechai gather the Jews. Initially, they gather the Jews to mourn the fate determined by Haman’s evil decree. They wear sackcloth and ashes. Mordechai takes his case to the King’s gate to protest. Esther gathers the Jews to fast on her behalf when she approaches Achashverosh to beg for her people’s salvation. Later, Mordechai and Esther gather the Jews in self-defense, and then in celebration when the Jews were victorious and averted Haman’s decree and finally they gather everyone to give money to the poor, gifts to each other, spread light and joy and tell the Purim story and only then does it become a lasting holiday on our calendar. This repeated gathering makes sense if you are trying to create Community. You need strength in numbers. You need different and diverse voices and talents but common goals and an alignment of vision and mission, you need warmth, love and friendship in times of difficulty and in times of celebration. You need to be bigger than just yourself. Our strength lies in the power of Community, and seeing all Jews as part of our Community, despite any differences we may have.

I believe Pardes is creating this type of community for all of you students and beyond. When we all recognize the need to gather, and build a tolerant, unified Jewish World and put this into action imagine how we can strengthen and insure the great future of the Jewish People. 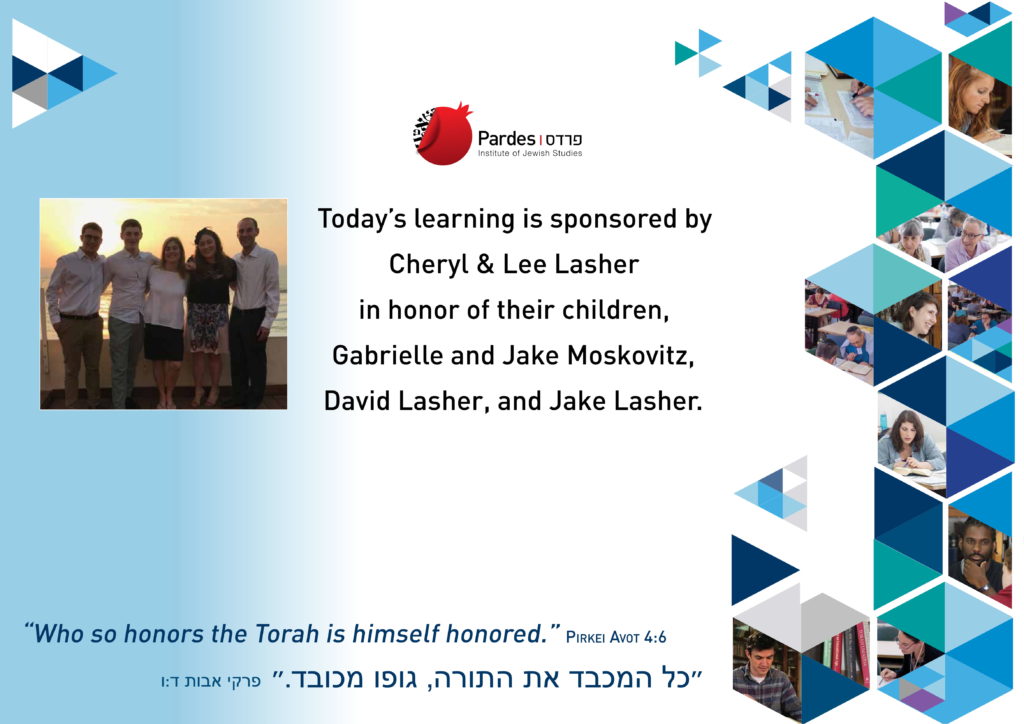