It’s hard to believe that it’s already been three weeks since Orientation and the 2019-2020 year kicked off. Though the days are often long, starting every morning promptly at 8:30 with Chumash or Mishna and sometimes stretching until 9pm with Jewish Meditation, the weeks surely are short. Already, this passage of time is a reminder of how this year will inevitably fly by. Thus, it’s important to reflect on one’s experience in order to appreciate the flood of knowledge coursing through the conversations in the Beit Midrash and the tapestry of community gradually being woven through each and every interaction.

I came to Pardes as a seeker, searching for answers to questions that have long evaded exploration. What is this thing called Judaism that has been such a huge part of my upbringing yet I have never really understood? Why is it that I can’t bargain over a fair price for eggplant in the Shouk because my Hebrew is pitiful, yet, I can recite hours of songs and poems and prayers in the same language from memory? What is the Torah, why do we read it over and over again, why do we care, and what relevance does it have in my life? How does Jewish text perceive and interpret the Divine and what are the implications of this understanding of reality, of being itself, for how we structure our societies and live meaningful, moral lives?

To be quite honest, I have to admit that I came in almost skeptical, wanting to be proven that studying Jewish text was even worthy of the investment of time I would be making. Coming from a cultural Jewish background, where bagel brunches were more synonymous with Jewish identity than Torah study or prayer, I felt somewhat allergic to “God language”. Theology and religious practice, in my personal experience, were things that my Christian and Muslim friends did. But Jews? God forbid. Thus, entering into this community felt somewhat foreign to me despite it’s presumed familiarity. I felt like an outsider, an imposter, trying to claim a tradition and a spiritual practice as my own that did not belong to me. However, with each passing day, with every lunch conversation and havruta session, with each shabbat tisch (post-meal singing/jam session) and tiyul (excursion) I feel more and more comfortable and confident that I am exactly where I need to be, exploring and learning from a 3,000 year old conversation that is just as much a part of my story as it is anyone else’s.

During the opening session, I believe it was Dean David Bernstein who said that there would be many “Shehecheyanu” moments throughout the year, times where we could acknowledge the many “firsts” that were sure to occur. For me, there have been so many of these moments already. Siddur with Michael Hattin and understanding the parallel origins of prayer as both a spiritual conversation with God, as well as a routine indicator of community and the passage of time. Striving for the Divine with Mike Feuer and delving deep into the opening lines of Genesis and unpacking the Jewish story of Creation. Perhaps the most impactful “Shehecheyanu” moment occurred in Chumash with Tovah Leah Nachmani.

It was the first time I have ever read Tanakh and, at first, I was resistant to the idea of reading in Hebrew. Why did I need to struggle through the text when someone else already did the translation? Yet, I powered through. In the story, Jonah is commanded by God to go to Nineveh and tell the Ninevites to repent for “their great wickedness” or God will destroy them. Almost immediately, Jonah flees from his mission, first going down to Yafo, then down to the bottom of the ship he is on, and finally, down to sleep in the middle of a terrible storm. A literal reading sees the word “down” directionally, but a metaphorical interpretation yields a much more profound understanding of “down” as a descent into the emotional pit of despair. When the sailors throw Jonah overboard, he is swallowed by a דג, a big fish. He waits in the belly of the fish for three days and three nights before he finally prays to God. What was really interesting to me is that right before Jonah begins to finally speak to God for the first time in the story, the word used for fish becomes דגה, changing gender from masculine to feminine. It’s such a minor detail, and I missed it at first, but I read this as an acknowledgment that when we find ourselves in a dark place, waves raging around us, rock bottom, perhaps it is in embracing the feminine attributes of ourselves, experiencing emotions fully and deeply, that we can connect with God and pull ourselves out from the “belly of the fish”. As a man who often thinks more than he feels and exists in a culture where male vulnerability is still somewhat taboo, this notion is incredibly powerful…and I wouldn’t have understood that if not for the Hebrew!

With all that being said, I feel the walls that I may have entered with coming down as I excitedly approach each new day as an opportunity for connection, inspiration, and revelation. Yalla! 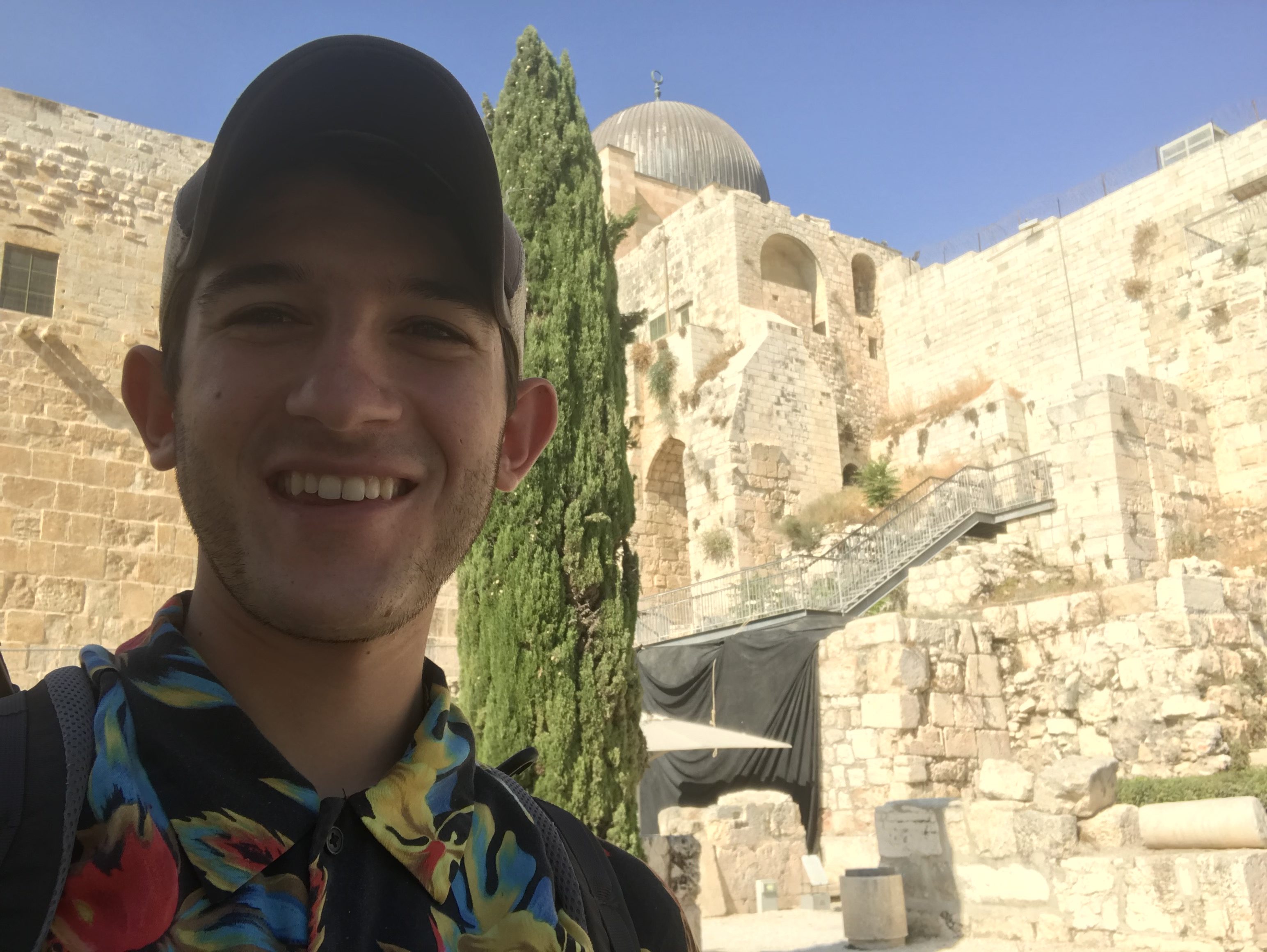