What I learned from the Holocaust

This blog post was written by Golda Gross a first semester student (Fall 2019) from France.

Our last step in Auschwitz was Block 27: a room containing a non-exhaustive list of people who had set foot in this cursed place during the Holocaust. We flipped through the thousands of pages filled with names, and then made our way to a small area with benches, a space to sit down and reflect. On the largest wall of this room was a short quote by Primo Levi: “it happened, therefore it can happen again: this is the core of what we have to say”. A thought that embodies in a few words the burden to remember what happened, and the even heavier burden of the possibility that History could repeat itself.

We are tempted to wrap ourselves in a string of small lies and exaggerations to create a distance between the past and the present. We persuade ourselves that Poles and Germans hated Jews – that it was in their culture, in their institutions, “in their blood”. We see the pogroms and the antisemitic caricatures dating from the 1930s, and we think to ourselves how lucky we are that these terrible things belong to the past. We learn about the history of European Jewry and see their track record littered with persecutions large and small, forced conversions, book burnings, public humiliation, violence. On the other hand, despite our day-to-day criticisms of our governments and societies, we still believe in their moral superiority over past ones. After all, we abolished slavery, gave women equal rights, and established sexual freedoms in large parts of the Western world. We acknowledge their imperfections, but we still believe that our courts, laws, and governmental institutions strive to build a society driven by strong moral principles. I had a conversation prior to the trip with a friend who maintained that it wasn’t as important for Americans to be exposed to the realities of the Holocaust because, in his view, it could never have happened in America. 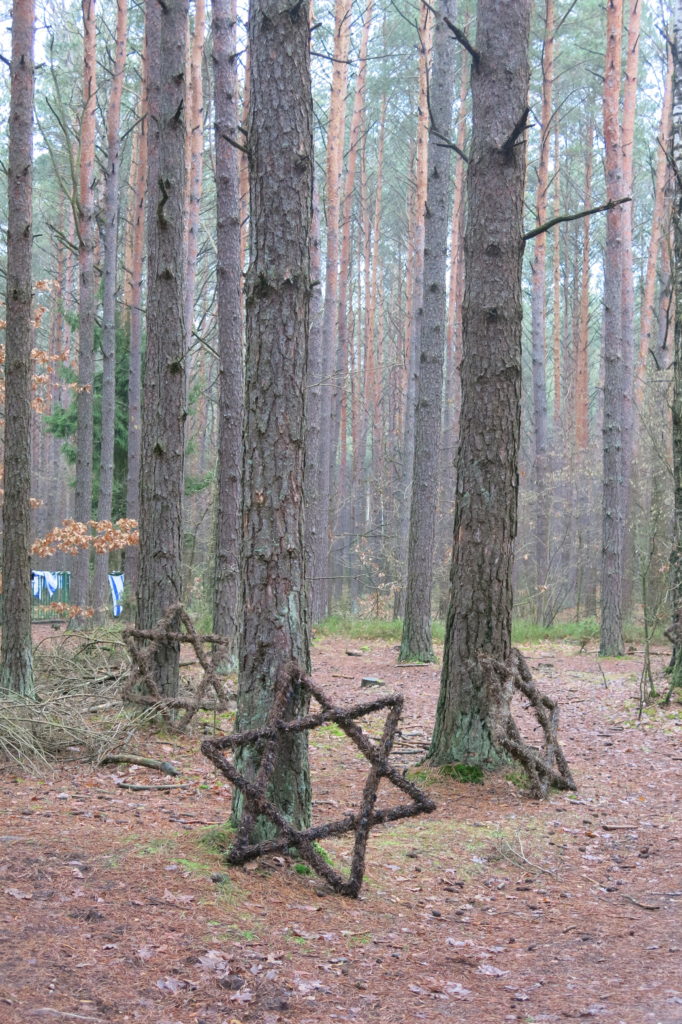 Throughout the trip, I kept thinking about last week’s Parasha, Shemot, as it seemed very fitting: after Joseph’s death, a new Pharaoh who “does not know Joseph” begins his rule over Egypt and threatens to destroy the Jewish people. He segregates the Jews, turns them into his slaves, and designs a plan to murder Jewish boys at birth. But the part of the story that I always found most chilling was this phrase: a new king arose, and did not know Joseph. Even though Joseph had single handedly saved Egypt from starvation, and regardless of how comfortable the Jews where in Eretz Goshen, they fell into 400 years of suffering, nearing destruction. It was so easy for the new Pharaoh to ignore all of Joseph’s achievements and the promise that the Jews could prosper and thrive in Egypt, all because he resented just how prosperous and thriving the Jews were. I couldn’t help but notice how similar the Biblical narrative is to the story of pre-war European Jewry. After all, European Jews were very well integrated, especially in Germany where the reform movement emerged as a testimony of faith of the Jewish people in German society. Polish Jews made invaluable contributions to local culture, and big cities such as Krakow or Warsaw were 40 to 60% Jewish – Jewish-Polish relations were unavoidable in commerce, education and all other sectors. In fact, perhaps the hardest psychological aspect of the Holocaust for Polish and German Jews was the betrayal: the fact that institutions, colleagues, neighbours that they interacted with daily were capable of disowning them so brutally and sending them to their deaths. My point is that the idea that Germans or Poles were all cruel anti-Semites is simply a lie that we tell ourselves to explain simultaneously how it could’ve happened then and why it could never happen now. To me, it sounds like Hitler and his folks tapped into a capacity for unimaginable cruelty that exists within the human race, beyond cultural barriers. Instead of trying to convince ourselves that all of this only belongs to the past, we must discern the ways in which our societies differ and resemble pre-war Europe, celebrate the social progress we make and fight even more passionately the tendencies that sound dangerous. We must make sure that no Pharaoh is ever allowed again to forget about Joseph.

The possibility of the Holocaust, or anything like it, ever happening again, is a scary thought. While it is a truth that we must live with, it must coexist with other equally important truths that brighten up the picture. The first of these truths is Jewish resilience – as the Yiddish phrase goes, “mir vellen zey iberlieben”, we will outlive them. We have outlived every civilisation that has every tried to destroy us, and there is no reason why we couldn’t keep doing so. Additionally, Dean Bernstein told us stories about the Polish Righteous among the Nations (there were 7000 of them) who had risked or sacrificed their own lives to rescue Jews, complete strangers who came knocking at their doors. During this trip we were also pleasantly surprised by how committed non-Jewish Poles are to maintaining Jewish heritage sites and monuments. We were eyewitnesses of the menorah of the shul in Tiktin, a small village once inhabited by a majority of Jews, being reassembled by a non-Jewish artist who worked for several months to execute a copy of the menorah that had been looted during the war. At every site that we visited we were met by Poles who told us of a shared feeling that Jewish history and Polish history were one and the same; they were the ones who guided us through museums or archives built by their hands, compiled by their efforts. In the museum of Polish Jewry we crossed paths with families of Poles who were learning about the community. So just as Poles were once tempted to follow their yetzer hara and become complicit in the violence against Jews, they are now leaning towards their yetzer hatov, taking part in activities organised by the Krakow JCC and visiting Jewish museums. 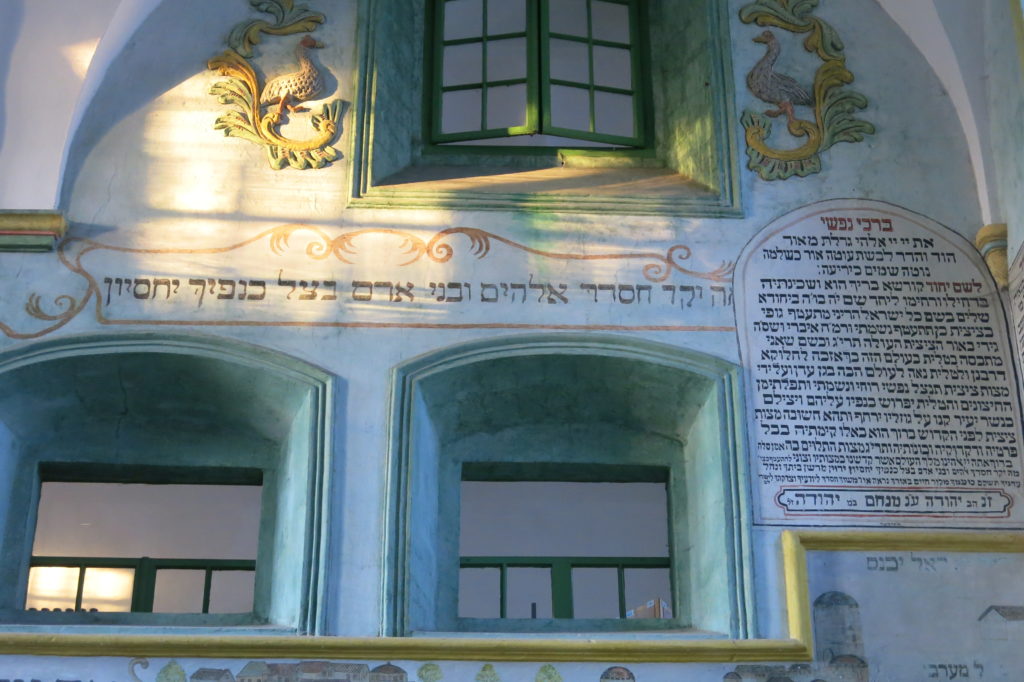 If I were to summarise what I learnt from this experience, I would therefore say two things: one, that we must take all the care in the world not to lie to ourselves about how much smarter or better we might be than those who came before us, because this might lead to precisely the same outcome; and two, that just as we must face the darkness threatening the present, we must neither forget nor underestimate the lights that shone in the past. 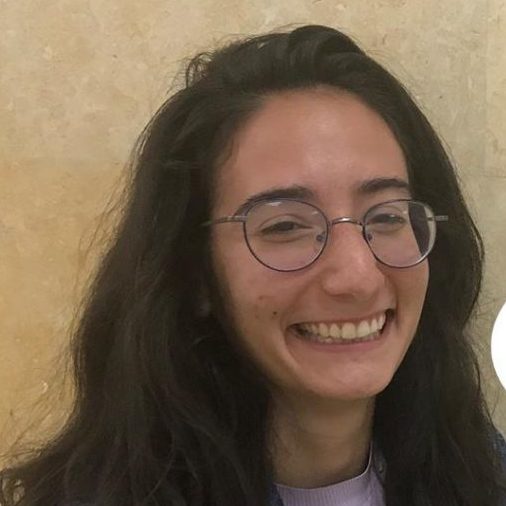