Posted on December 1, 2010 by David Bogomolny

“How do I make a positive impact on Israeli society as a Jew living in America?” Farrah Green contemplates aloud. 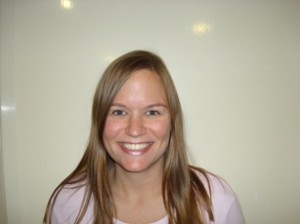 Farrah has felt a sense of ‘home’ in Israel ever since her March of the Living trip in 2000, and unlike many foreigners studying in Jerusalem she has no sense of being the tourist in Israel. “My roommate is an Israeli, and I have other friends living in Israel – I feel very integrated into society here.”

At the University of Arizona Farrah became a pro-Israel student activist, learning much about building relationships with U.S. Congress members, and the tremendous impact of politics on society and international relations. “The U.S. government provides Israel with three billion dollars in aid every year;” she points out, “much more than the U.S. Jewish Federation.” After college, Farrah worked as a Hillel Jewish Campus Service Corps Fellow, and then continued her pro-Israel activism by working directly for AIPAC.

Today, Farrah is studying at Pardes during the third year of her Wexner Fellowship. She completed her MSW at Washington University in St. Louis last year, and she considered remaining at WUSTL for an MA in Jewish studies, but Pardes’ traditional chevruta-style studies drew her to Jerusalem. After all, she already has a degree in Jewish studies, and she wants to develop some “practical” Jewish skills this year.

Of course, the proactive Farrah wasted little time before looking for volunteer opportunities in the community beyond Pardes, and she now sits on the steering committee of PresenTense‘s Spring issue magazine. “I don’t consider myself much of a writer so I really appreciate this opportunity to be involved at PresenTense;” she says with a smile, “and now two Pardes students and one of the faculty have submitted pitches to the magazine!”

One day, Farrah hopes to create a positive Jewish learning environment back home in Kansas City or St. Louis – she wants to be near her family. Of course, they’re all missing her this year, but she’s visiting them for Chanukah, and she’s bringing back Israeli dreidels and chocolate rugelach from a bakery in Jerusalem… besides, they’re familiar with her passion – she’ll never be far from Israel no matter where she ends up.