Posted on December 9, 2010 by Avi Strausberg 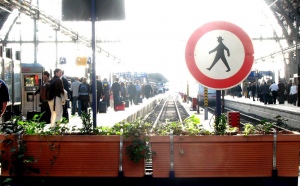 finally, finally, the dramatic reunion we’ve all been waiting for since joseph’s brothers sold him off to a caravan of ishmaelites many years back.  joseph plays his part well:  he sends out all the servants, he confesses his concealed identity, and he loudly weeps so that all may hear.  yet, his brothers, in this high-tension, long-awaited reveal of their left-for-dead brother, remain silent.  it is only a bit later, after joseph kisses and weeps on all of his brothers, “only then were his brothers able to talk to him” (genesis 46: 15).   and yet, they never do.  in this reunion, we actually never hear what his brothers say in response to joseph, only later when they’re back at home with their dad, recounting joseph’s reappearance, do we hear them speak.  so, how do they react to the realization that their brother is actually alive?  the same brother whose blood has been on their hands all these years.  they are silent.

we had all moved on
yet, you’ve been here all along
we are like strangers

okay, two.  after the brothers report home to jacob, with the stories of joseph and the wagons provided to carry him back to egypt, jacob sets out “וכל–אשר–לו”, with all that was his (genesis 46: 1).  but, he only makes it to beer-sheva before stopping to offer up sacrifices to the God of his father yitzhak.  and God does, in fact, appear to jacob at beer-sheva, calling to jacob not once but twice, “יעקב, יעקב,” jacob, jacob (genesis 46:2). God, then, promises that He Himself will go down to Egypt and bring him back up.  and further, that jacob’s son, joseph, will be the one to close his eyes.  only after this reassurance from God, does jacob really set out on this journey, and in doing so, commit to leaving his home to die in a land in which he will be a stranger.  he brings with him the 66 descendants that all trace back to his seed.  he brings with him all of the possessions acquired and accumulated in a lifetime.  he leaves his home, an old man, full of memories, and a patriarch, father of many.

to move a lifetime
he hesitates, looking back
God pushes him on

may we find the right words for the hard moments,