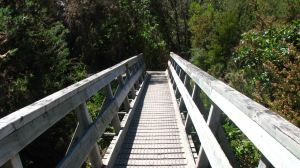 this week’s parsha, ויחי, “he lived,” opens and closes with death.  yaakov, recently uprooted from his home and supplanted to egypt, makes his son yosef swear that he will bury him in the burial place of his fathers.  even after yosef agrees without protest, yaakov insists yosef swear to him.  but, his fears of death and burial in egypt, this foreign, unknown land, are still not assuaged.  upon his deathbed, he instructs all of his sons that he is to be returned to land of canaan, to the land of his fathers, to be buried in the cave of his family.  yaakov then details the exact location of the burial cave and names of all of the relatives buried there.  why does he insist on this burial?  and why is so afraid of being buried in egypt?

yaakov belongs in the land of canaan.  he is one of the forefathers through whose seed nearly 100 offspring arise, laying the foundations for the jewish people.  he accompanies his sons as far egypt to kiss them, to bless them, and to start them on their journey.  but, whereas they will continue to distance themselves from their past and their homeland, toward lands he will never see, yaakov must return to the place where it all began.  in constrast, yosef, who also breathes his last breath at this parsha’s close, requests quite a different burial from his own sons.  not only does he wish that his body remain in egypt, the land he calls home, he asks that after his death, his body continue along on the journey of the jewish people.  where they finally settle, in the land they will call their home, there his bones will rest.  yaakov marks the closing of our past and yosef, the opening of our future.

in death, i return
i can’t go where you will go
swear, you’ll take me home.

may we all end up in the places where we belong,