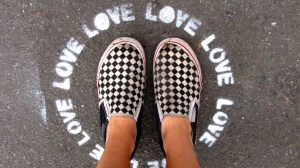 once again the israelites take to complaining, railing against God, moshe, and anyone else who will listen regarding their miserable fate in the desert.  last week, it was bitter cries about the camp food, longing for the nostalgized days of the meat and fish galore in egypt.  this week, it’s fears that the people will not be strong enough to take on the giant anakites, who currently reside in the israelites’ promised land.  if they were only brought here in the desert to die, at the hands of these giants, why were they brought here at all?

God doesn’t immediately condemn the israelities or strike them with a plague for their insurgence.  rather first, God turns to moshe and He says, “how long will this people spurn Me, and how long will they have no faith in Me despite all the signs that I have performed in their midst?” (bamidbar 14:11).  just a few paragraphs later, again God asks of moshe, “how much longer shall that wicked community keep muttering aginst Me?” (bamidbar 14:27).   God’s second question almost sounds like something heard in the halls of high school.  the unpopular kid asking, “why do those cool kids keep talking about me behind my back?”

i would presume that an all-powerful God doesn’t need to wonder or ask why a silly, cranky people behaves this way or that.  but rather God asks moshe, because He has become attached to this people of His, wicked or not, and He’s just sick and tired of them turning against Him on their every whim and failing.   at the end of the day, we all want our actions to be acknowledged, especially by the people we love.  is a little respect too much to ask for?

there’s something human
about a god that cries out
why won’t they love me?

may we feel appreciated by the ones near to us,