I originally posted the following entry on my blog back in February:

And going out to meet You, I found You coming toward me.

It was my first shabbat in Jerusalem. After lunch I walked with a young aspiring rabbi to the Old City, in through the Jaffa Gate and down to the Western Wall. He was espousing a theory for choosing God. “We inevitably choose a master for ourselves. If we don’t make God our master, by default we’ll choose something else–whether it’s money, pleasure or power. If you make God your master, you’ll be free from everything else.”

As we approached the Wall my friend went into gear. He handed me a kippah and a prayer book from the shelf and led me over to a minyan (small community of daveners). When he saw that I was lost he opened my book to the correct page and pointed to our place.

I began to read the translation silently to myself. When I realized I wasn’t praying, I began to read aloud. But I still was not behind the words. I simply didn’t believe what the words were directing me to say. Moreover, they weren’t my words and therefore didn’t offer me an avenue for genuine spiritual communion. I closed the book. Suddenly I was very self-conscious. I was standing in the holiest place for Jews in the entire world and I felt like an alien. 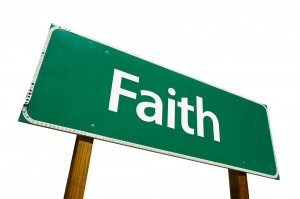 Over the weeks, my peers and faculty at school gave me advice. One student: “Just read along, familiarize yourself with the text and when you come to portions you like, join in.” A faculty member: “Play with the words of the text, read it as metaphor, and adjust the meanings until they do accord with something you like.” A friend: “Focus on the Hebrew. The Hebrew language unlocks intuition. Just meditate on the sounds of the words.” I received their advice but there was little improvement. My attempts were shadowed by doubt about the existence of God and whether God was the kind of being who could receive my prayers, who would “hear” me and respond. Gradually I lost interest in trying.

In time, however, I discovered that I was not alone in my struggle. Most of the students do not pray regularly and even those that do, acknowledge that some days are better than others. I was surprised to hear my teacher of Hasidic thought announce, as we began a unit on prayer, that for him—a congregational rabbi—“tefillah [prayer] is still a journey.” Indeed, after 2000 years, the Jewish jury is hung as to when and how much kavanna (intention or literally, direction) is necessary in prayer. Martin Buber, for one, condemned formalized prayer and institutional religion in general as a hindrance to authentic religious experience.

Much, it would seem, hinges not only on belief in God but also what kind of God and whether that God is present to the individual or not.

Two weeks ago, I declined the opportunity to sit on a student panel and discuss my view of God for fear of revealing myself as an outsider. I was shocked to discover that three of seven students who presented did not believe in God and a fourth was agnostic, but only because she was “too wimpy to admit non-belief.” Of the three that believed, one recognized a naturalistic God, another a distant and impersonal God, and only the third testified to a personal God. Whereas one student articulated that her objective in belief is to minimize faith and that it requires less faith to disbelieve than to believe, the third believer unapologetically observed, “It’s nice to have this intellectual talk but for me belief is not an intellectual act. I was discouraged for many years from believing in God but now I do because it’s simply easier for me to believe than to not believe.” According to his report, one’s disposition in matters of faith is essentially a question of how one is wired.

A greater surprise, however, came during Tuesday’s panel on prayer when the director of my yeshiva admitted that he only recently became able to believe. And even as he said it, his words were garbled, conviction lacking—certainly not a triumphant welcoming of God. His advice was to not anticipate the impact of prayer as change in the world as much as in self-transformation, echoing Ghandi’s saying, “Be the change you wish to see in the world.”

The third panelist was another example of someone wired for prayer. Prayer, he explained, had always resonated and was at the core of his Jewish experience from an early age. Introverted by nature, prayer was a rare opportunity to express his deep truths and externalize his inner-life in conversation with God. His hunch as to why prayer is such a challenge for so many people he illustrated with Rabbi Joseph Soloveitchik’s archetype The Lonely Man of Faith. “The posture appropriate to prayer is one of surrender which doesn’t come easily to the modern proud individual—self-empowered, self-reliant and self-sufficient.”

I, for one, have felt bewildered when confronted with Torah’s examples of spontaneous supplication, for example when Abraham throws himself to the ground before three passing strangers. I wonder about the fate of humility in a democratic world. And I marvel at the difference a belief can make in one’s experience of the quotidien and one’s capacity for feeling—a belief, no less, that is not obviously grounded in the facts of physical reality. For the third panelist, life is a living dialogue with God who remains present so that the difference between prayer and life experience is indistinguishable.

By the end of his short testimony, the second panelist was in tears and demanding to know, “How did you get this way? Why is it that after all these years I can’t feel the same intimacy with God?” What could he answer her?

Prayer as described by the third panelist is certainly unavailable to me at this point in my life. I am overwhelmed when I walk by the Western Wall at two in the morning and see Hasidic daveners proclaiming their affections, from the outsider’s perspective, to the chill of night. But listening to the testimony of experts has helped me to clarify aspects of my own relation to the Divine and the way in which I am able to communicate.

Of particular resonance is what I have lately been calling “true-speak”—that is, speaking to another from deep inside oneself—which is highly reminiscent of Martin Buber’s I-Thou encounters. In moments when the presence of another is so apparent and visceral as to be almost absorbed by my own, the transcendental is felt. If I’m having a heart-to-heart with a friend or writing in my journal and the moment strikes, a mutual revelation occurs and I might say I have approached the aspect of prayer.