Shrine of the Book – Postcard Commentary #6 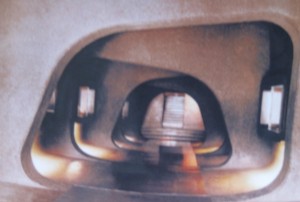 5. The entryway symbolizes the transition from the mundane to the sacred

Entrances are a big part of life in Israel as much as liminal states that a person moves through from one part of his life to another. The liminality begins when you duck your head to board the El Al plane unless you happen to be flying on Shabbat; Haredim surround you as you fly through the sky. And holy sites like the Kotel always have a checkpoint to pass through, checking for weapons and more existentially to remind you that you are moving from one part of life to another.

My apartment, for that matter, is a basement apartment (as I mentioned before.) As I emerge from it, through the doorway (with my head at the level of the feet of people walking by), I feel the passage from subterranean sleep and repose to the world of sun and action. When I leave Jerusalem, and pass the cemetery on the outskirts, again I have the impression of passing through a boundary. And where is there a more famous border in the world than the Green Line, fiercely and persistently contested. (Yet are there not more arbitrary boundaries separating Arabs from one another since 1917?)

A world of arrivals and departures, many of them only imagined. 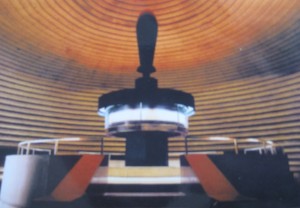