Posted on September 9, 2011 by The Director of Digital Media

Let’s meet some of this year’s Pardes Fellows! 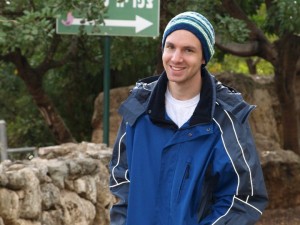 Benjamin Barer  is from Vancouver, British Columbia, Canada, and first attended Pardes in the Fall of 2010 before completing his undergraduate studies in philosophy at UBC last Spring. Before matriculating at UBC, Ben studied at a Chofetz Chayim yeshiva for high school in Vancouver, and now at Pardes, Ben revels in the diverse community, and the opportunity to learn – and live – with a group of motivated, inspiring Jews of all backgrounds with all kinds of interests. He feels that being at Pardes is an invaluable chance to appreciate the depth and richness of what Judaism has to offer in the 21st century.

For his ‘Fellows project’, Ben is going to be working on the P.R. side of Pardes, dealing with matters like the website and social media, and he hopes to further explore his love of Jewish texts in the Pardes Beit Midrash, an unparalleled learning atmosphere, and hopes to further question – and maybe even come to terms with – his Jewish identity.  He also aims to take advantage of the resources that Pardes places at his fingertips in order to prepare for his next degree: an MA in Jewish Studies.  Eventually, Ben intends to write a thesis that has been on his mind for a few years, comparing the ways in which Judaism and philosophy interact with, specifically critique, previous generations of scholars in their various disciplines and/or cultures.

Read Ben’s blog for his thoughts on Judaism, philosophy, politics, and life generally. 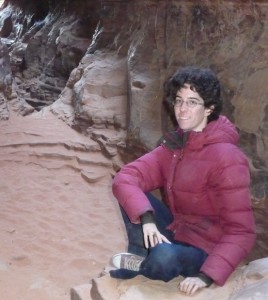 Jessica Belasco is from that infamous suburb in Westchester County, NY that shall not be named 😉

Before graduating from Vassar College in 2010, Jessica served on the board of the Jewish student union, started an alternative Jewish campus magazine, and lived in a vegan/vegetarian cooperative house. After studying religion and Jewish studies, Jessica came to Pardes in Fall ’10, and fell in love with the warmth of the community, and the high level of the learning.

Jessica would like to create an official space for open dialogue on contentious issues within the Jewish community.  While these sorts of questions are often discussed in private, Jess thinks it would be beneficial to bring these discussions out into the public sphere.

“Encouraging vigorous debate within a respectful atmosphere helps to broaden the parameters of the Jewish conversation by enabling those who might feel quietly marginalized to step up and become part of that conversation.”

Also, Jess has discovered (much to her surprise) that she is a gemara and halacha nerd.  She wants to become as fluent with gemara as she can, and develop her understanding of how halacha can interface with the modern world.  She also wants to work on her own observance level, and make as many wonderful and fascinating new friends as she can.

Jessica has a love-hate relationship with all things Jewish, and she wouldn’t want it any other way.  She thinks it’s crucial for Pardes students to become informed about the context of Jerusalem and its surroundings, and to engage with the diversity of society here.  Also, she’s planning to start a disabled mafia that will take over the world and smash the able-archy.  Post your comments below if you’d like to join. 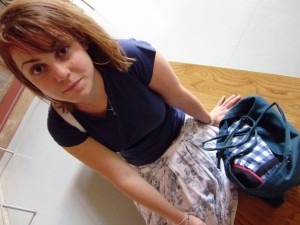 Réka Eszter Bodó is from Budapest, Hungary; she lived there all her life before coming to Jerusalem last year to study at the Conservative Yeshiva. Before that she studied at college, and worked at the Israeli Cultural Institue as assistant and program coordinator. Réka has a B.Sc in Physics with a minor in Math.

This year, Réka is discovering the Pardes community along with the rest of the student body, and as a Fellow she plans to help with recruitment in Eastern and Central Europe, and support the incoming students through their transitions into Israeli society. She hopes to give a lot to Pardes from her unique perspective – an Eastern European with a scientific background.

By the end of the year, Réka would like to be able to navigate traditional Jewish texts independently, and she aims to work as a teacher some day – most likely in Jewish education!