For the last two weeks I’ve been adjusting to my new life in Jerusalem. After two years in Korea (South, not North) I’m suffering from culture shock of the radical sort. Take for example:

Hummus instead of Kimchi with every meal-
Hebrew and Arabic replace Korean and Konglish-
Sticky sweet wine with no Soju in sight-
Trading in my teaching job (and the Air-con controls) for sitting behind a desk + taking notes-
Not bowing (or being bowed to) multiple times a day-
Not to mention Jews EVERYWHERE.

Thankfully, Korea is also known as a 빨리빨리 (‘bali-bali’ lit. ‘fast-fast’) culture, where having old ladies yell at you to hustle up into a bus is completely normal. Israel’s rough-n-rude attitude just reminds me of my last home.

As a Jew living in East Asia, you hear some wild things about Jews: wealthy, successful, smart – the last one which I may have disproved to my Korean co-workers by my consistently poor spelling skills. Amazingly, Koreans are particularly interested in Jewish textual study. Every time I try to wrap my head around a piece of Mishna, I think of the Korean copies of the Talmud that were sold in everywhere – and how it’d be easier to wrap my head around the Korean than the Hebrew! 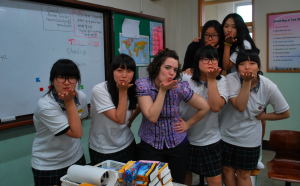 -Teacher to student, Seoul to Jerusalem- 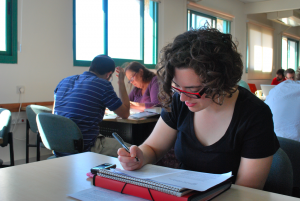