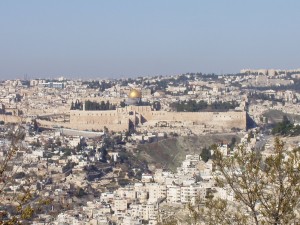 Two weeks ago I had the pleasure of participating in a trip called Perspectives Israel which brought me to several locations around Israel, and provided me with an opportunity to hear from a number of different people in on the Israeli political spectrum. With stops in and around Jerusalem, Sderot, and Gush Etzion, I was able to piece together a more complete picture of the issues confronting Israel, as well as some of the steps that are being taken to attempt to bring solutions.

Often in Israeli politics, as with Middle Eastern politics in general, situations are quickly separated into left and right, which makes them appear to be diametrically opposed to each other. Each side often accuses the other as being disloyal to a national cause, even insinuating that the opponent is for example, “destroying the country.” Perspectives taught me that regardless of the position held, each person or group is supremely passionate about what they are doing, and the views that hey hold, and that any actions borne of those positions are based on their love of country.

Recently in Israel we are hearing a lot of news coming from the radical religious right, whether settlers or Hareidim. Late last summer the big news was the protest tent cities that were demanding more human rights. Each has at one time or another accused the other of attempting to bring down the State of Israel. Just to be clear, this is not meant to condone the violence in either direction, although even the violence is because those committing it think they are “right.” So left right, religious or not, all are passionate across the spectrum

Over the coming weeks, I am looking forward to sharing more about my experiences with Perspectives, while keeping in mind that every person whom I discuss remains passionate about his or her political stances and that the love of Israel unites them all.