Originally posted at my blog:

What an exciting time it is in the Jewish calendar! In the span of just three weeks Jews throughout the globe have reaffirmed our freedom with the holiday of Pesah, we have celebrated renewal Rosh Hodesh Iyar, and we danced through the streets of Yerushalayim on Yom Haaztmaut, as we marked 64 years of Jewish sovereignty in Eretz Yisroel. Simultaneously, however,  we revisited nightmares of the Holocaust on Yom Shoah, and recalled the soliders lost defending this country on Yom Hazikaron. These are, without a doubt, two of the most depressing and trying moments of the Jewish year. 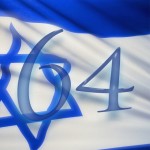 There is a tension, an uncomfortable coexistence of two seemingly divergent depictions of the collective Jewish reality; are we amidst a time of unparalleled bereavement or are realizing the reinvigoration of a once hidden joy?

On the one hand we mourn the 24,000 talmidim (students) of Rabbi Akiva, killed for a failure to respect each other. On the other hand, we bear witness a wave of blue and white flags flood the streets of Yerushalayim, marking 45 years since our capital’s liberation. The omer, it seems, is a confused and complex time.

Really, however, it is a period of managing these dichotomies in our life. It is an opportunity to reflect, and to challenge ourselves to live life to its fullest, embracing both the opportune and the appalling. The first stage of achievement is ambition, the forerunner of anticipation is often anxiety, and the precursor to rebuilding is, unfortunately, destruction. We fail if view each of these different times as separate, isolated experiences; only when view them all in the context of holiness and see them all as crucial strands in the Supreme tapestry, can we really feel ourselves standing at Har Sinai, experiencing Hashem’s revelation.

This is a tension echoed by Hizkuni (a 13th century, French commentator) in his commentary on this weeks parsha, Acharei mot- kedoshim. Throughout kedoshim there are references to Aseret Hadibrot, each with a nuanced difference. L’dugmah (for example),  Hashem referrs to himself as Ani (I) instead of Anochi (the venerable I), and the commandments for Shabbat and kibbud av ve’em (respecting one’s parents) are said in the passive rather than in the imperative. Hizkuni suggests that the reason for this is , בה לפי שכל הדברות כללות because all of the commandments are included in it. In other words, every experience that we have in life will be complex, and the key is to allow ourselves to experience it all.

In one of my favorite teachings, the Mikhilta d’rabbi Yishmael on Parshat yitro (which was taught to me by Rabbi Ethan Tucker), we find the famous words.זכור ושמור,  שניהם נאמרו בדיבור אחד ” (Remember and keep–the two different phrases used in the different recounting of the Ten Commandments–both of them were said in one utterance).Here, though, it is clearly not speaking about Ta’aseh and lo ta’aseh (positive and negative) mitzvahs. His other examples, show that what we are actually concerned about are two mitzvoth that seem mutually exclusive. That is to say, if I accept the paradigm of Shabbat fully as a day of zachor, elements of shamor are impossible, while if I accept it fully as a day of shamor, zachor is unachievable. The objective, it seems, is to somehow simultaneously accept both narratives, and realize that what initially seems to be an impossible tension, morphs into a rich, and fuller reality.

Over this omer period, my kavana is to experience both elements, each individually, yet also as a unit, together. To allow the power of both realities to permeate my being, and to experience the time in the fullest of ways.