Posted on November 10, 2012 by The Director of Digital Media

This was originally posted by Dan Yagudin (Year ’09-’10) on Facebook: 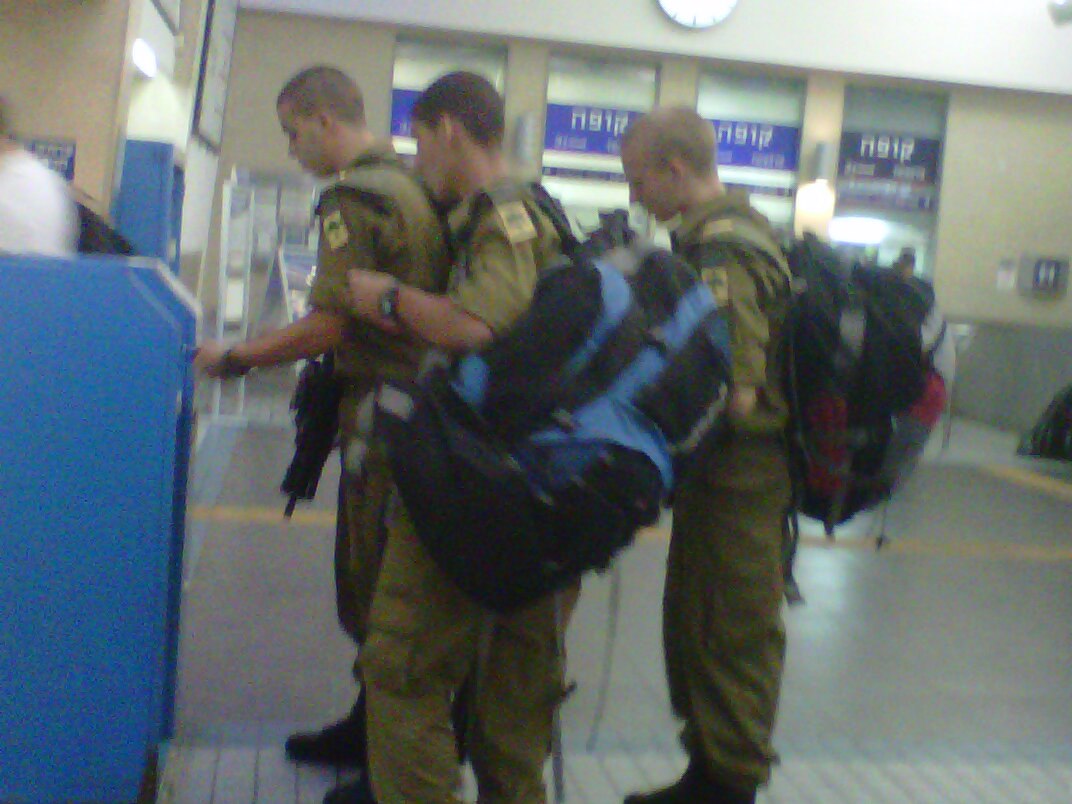 The world needs to know about what I saw you do today.

I was the non-descript American you sat next to on the bench after leaving your three soldiers at the entrance to the train station. You barked orders at them before going off to the side to make a phone call. After making sure there were no soldiers around (except me, but I wasn’t in uniform, so you didn’t know that)

You dialed a number and asked to talk to the officer in charge of soldiers with financial problems. Your tone became resolved, transforming into the kind of urgent, direct speech I’ve seen only once, in an emergency room in LA, when I witnessed a father demand his boy be seen despite being told the gash on the boy’s forehead wasn’t going to be treated due to space. It’s a mode of speech that doesn’t take no for an answer, the kind that always gets its wish, because it is born out of love and will not compromise.

I worked with students your age at Cornell (very cold, highly recommended) and the University of Miami (very hot, highly recommended) and thought about how different your responsibilities are from theirs. You’re the same age, after all. The students I worked with had parents watching over them, and here I was seeing you watch over soldiers who were 2 or 3 years your juniors. Most people get that responsibility in their 40s; some do it when they’re 21.

If you expected your soldiers to respect rank, you certainly didn’t while talking to the officer, reprimanding him repeatedly, despite the fact that he outranked you. You simply could not, did not, and would not accept the fact that one of your soldiers was going home for Shabbat and the army didn’t transfer the supplemental aid he was promised. Fists clenched, you made your case point by point: that this was a lone soldier from Russia with a problematic family history, who still partially supported his family back home and lived with his girlfriend, with whom he might be breaking up. There was so much going wrong with the soldier’s life, you said, that you weren’t going to let one of the only good things get taken away by a “shitfaced bureaucrat.” You finally told the officer that if you didn’t hear from the soldier on Sunday that he had enough money to buy fish for Shabbat, you were going to go straight to the general. I believed it. The officer on the other end did too, because after a momentary pause, you ended the conversation with a “thank you. If this happens again, might I remind you that your base is right next to mine.” You then walked back to your soldiers, released them, and told one of them “הכל יהיה בסדר” (“everything will be OK”)

Commander – one day, when things in Israel will really be OK, it’s going to be because of what stood behind your actions. The power behind them is what makes us the best army in the world. It’s what brought Gilad Shalit home, and is a far, far mightier weapon than the grenade launcher you had at your side.

Did the soldier know that a guardian angel just spread his wings over him? Probably not, but I do, and thanks to facebook, now so will others.