An abridged version of a teaching from R. Kalonymus Kalpan Halevi Epstein, the Maor vaShamesh.

Miriam the prophetess, the sister of Aaron, took a timbrel in her hand, and all the women went out after her with their timbrels and dancing. And Miriam called out to them, “Sing to the LORD, Who is most exalted; horse and rider He has thrown into the sea.”     Exodus 15:20-21

It seems there is a hint in the teaching from the Talmud that “In the future the Holy One of Blessing will hold a dance for the righteous, and will sit among them, and each of them will point to God, saying, “This is God for Whom I have hoped.” We can understand the connection if we look at how the cosmos was made. 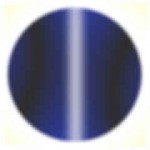 For when it arose in God’s simple will to create the cosmos, God withdrew the divine Self and made a circle [of non-divinity within the infinite divine], and only then created the worlds with the Straight Line [of divine light which pierced the empty space]. All the worlds drew on the divine light [for their substance] in equal measure until the cosmos had manifested and the different worlds had begun to differentiate, each according to the amount of divine energy within it: in the highest world the divine Self only slightly limited the divine light, and in the next lower world there was more limitation, and so on until the last world. And we grasp God in the opposite direction, from the bottom up, “raising the holy sparks,” growing as we pass from one level to the next, receiving more and learning at each stage how to better serve God. So all the worlds and every created thing exist as “male” and “female,” for when something gives it is called “male,” and when it receives it is called “female.” 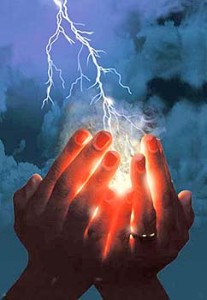 But in the future everyone will fix his or her soul to its root [in God], raising the holy sparks back up to the Creator, and the very essence of “outerness” will be nullified so that  no one and nothing is left “outside.” Then will the full brilliance of the divine light appear in every world, and the circle and the line will be equal; then there will be no such thing as male and female, for everything will grasp the divine light in equal measure, as in a circle, where there is no beginning and no end. Then no one will need to learn from another. This is the meaning of Jeremiah’s prophecy, “No longer will a person teach his neighbor,” for everyone, “from the smallest to the greatest,” will know God, and of the teaching from the Talmud, ”In the future the Holy One of Blessing will hold a dance for the righteous, and will sit among them…”

Now the full brilliance of the divine light had not yet appeared when Moses and the others sang, and they had not yet come to a deeper understanding of God, so they spoke from a place where male and female exist separately; so they said I will sing to the LORD, that is, “When I understand, then I will sing.” But Miriam brought down the divine light through her dancing, and then they achieved the highest understanding of divinity possible, and so she told them, Sing, now, to the LORD.

A fuller version of this teaching is available here.