One year ago, I was about to take a semester off from college. I was the thinnest I had ever been; I could no longer run or bike; the slightest bit of yoga made me dizzy. My stomach twisted and turned every day, and I hated my body for how it was controlling me. In a vengeful attempt to control my body, I would sometimes skip meals or drink only tea to reduce the clenching that I knew would come. 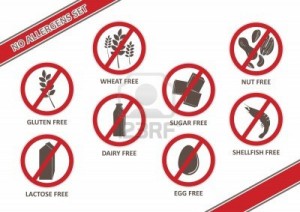 Today, my stomach still acts as its own entity, bubbling, hardening and twinging whenever it pleases, but I have learned to work with it. Over the past year, I have managed to put back on some of the weight that had slipped from my bones, focusing on consuming proteins and fats every day. I routinely reduce a little of the discomfort by eliminating wheat and dairy from my diet and sipping cold almond milk at night to cool the acidic heat. But most importantly, I am no longer despairing the loss of my body. I know the cramps will fade by morning. I laughingly explain to anyone who asks why I am refusing their home-made chocolate chip cookies, “Well, I have tons of stomach issues, so I don’t eat wheat or dairy. But if you ever make quinoa muffins, let me know!” And even when the eliminations don’t eliminate much of anything, I know that I will get through the symptoms. Whatever they are, I’ve had them and I can handle them again. They were. They are. They will be. But I will be even stronger. 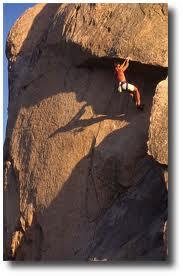 From the way the guide described it…

Yesterday, I truly felt that word: strong. It was the last day of the tiyul and our morning activity was a red-rocked hike up and down Har Amir. There had also been hiking the first two days of the tiyul, but for me, they were not associated with strength. On the first day, suffering from a cold, I stayed back at the kibbutz with another cough-er instead of participating in the four-hour hike. On the second day, I was ready to push myself, but given the warning that the “challenging hike” was “terrifying, hard, and not for the faint of heart,” I opted for the “medium hike,” which turned out to be basically a slow two-mile walk that took three hours because we had to stop to take pictures every fifty feet. Thankfully, the hike was gorgeous, but everyone was constantly justifying why they didn’t go on the other hike. I remained silent, but in my head I just heard: You can’t do it because you’re weak.  You can’t hike like you used to anymore. Don’t even try.

Later that day, I was in a particularly low mood. Only ten people had gone on the easy hike, so I felt separated from the rest of the group. Everyone was talking and laughing about the fear-inducing inclines, and I just sat at dinner with a horrible stomach-ache and missed my friends back home. I felt like I was less than everyone else.

Then, yesterday morning, something shifted. People joined my table at breakfast and we had a debate about flossing which lasted well into the day and prompted someone to floss half-way up the mountain. I ate a lot of cereal at breakfast, which gave me two things: a terrible stomach-ache and a lot of energy. I was ready to hike.

Har Amir, advertised as “slightly more challenging than the medium hike yesterday” was a flowing landscape of rock and sand: white, red, pink, purple, brown, beige and even turquoise. After scampering off to find a private rock and almost getting left behind, I began the steady incline with the rest of the group. We stopped every ten minutes or so to drink and catch our breath, and it wasn’t until we were halfway up the mountain that I realized that my body was working hard and it felt really good. Not achy. Not weak. Instead, it felt sweaty and strong. I was breathing hard, drinking in the air, and my muscles were helping rather than hurting. I was climbing at the same pace as everyone else, and when we reached the top, I felt like I could keep going. Yesterday, I began to love my body again. And I thank God so much for letting that love begin here in Israel.

Today, I let the love out a little bit more. After a fortifying breakfast and a gluten-free baking experiment (to be eaten on Shabbat), I marched down the stairs and out the door and rolled out a purple yoga mat next to the newly-trendy walking path. I joined the ranks of exercisers, basking in the warm Jerusalem sun and feeling the stretch and burn of my muscles. After about forty minutes, I was in need of water and trail mix, but I felt content.

The outdoors is mine again. I am slowly working my way back in (or out, rather), hoping that health can mean breathing hard once in a while rather than just choking down oat rolls.  It’s hard to be anything but optimistic when the sun is shining in Jerusalem and your clothes are drying on the clothesline at record speed. So that’s what I am. Full of hope.