After joining AmeriCorps, getting a graduate degree in public policy, and working for several years at the U.S. Department of Energy, I’ve developed a fascination with politics. I read a lot about U.S. politics, which I’m very familiar with, on a regular basis even though I’ve actually been living in Israel for the past several years. I know quite well, for example, that not all votes in the USA are equal…

[expand title=”Here’s a snippet that breaks down U.S. voting inequalities between the States”]

The nine battleground states where Romney and Barack Obama are spending a lot of time and money — Ohio, Florida, Virginia, Colorado, New Hampshire, Iowa, Nevada, North Carolina and Wisconsin — have 44.1 million people eligible to vote. That’s only 20.7 percent of the nation’s 212.6 million eligible voters. So nearly four of five eligible voters are pretty much being ignored by the two campaigns:

When you combine voter-to-elector comparisons and battleground state populations, there are clear winners and losers in the upcoming election.

More than half the nation’s eligible voters live in states that are losers in both categories. Their states are not closely contested and have above-average ratios of voters to electors. This is true for people in 14 states with 51 percent of the nation’s eligible voters: California, New York, Texas, Illinois, Michigan, Georgia, New Jersey, Massachusetts, Indiana, Tennessee, Missouri, Maryland, Louisiana and Kentucky. Their votes count the least.

The biggest winners in the system, those whose votes count the most, live in just four states: Colorado, New Hampshire, Iowa and Nevada. They have low voter-to-elector ratios and are in battleground states. Only 4 percent of the nation’s eligible voters — 1 in 25 — live in those states.

It’s all dictated by the U.S. Constitution, which set up the Electoral College. The number of electors each state gets depends on the size of its congressional delegation. Even the least populated states — like Wyoming — get a minimum of three, meaning more crowded states get less proportionally.

I can’t tell you how refreshing it was for me to vote in a Democracy, rather than a Constitutional Republic. Here in Israel, my vote counts as much as every other citizen’s vote.

Also, there’s another element for me – as somebody who loves reading about politics, I’ve felt for some time that I haven’t been nearly as familiar with the Israeli political parties and politicians as I am with U.S. political players. And that has left me feeling apart from (rather than ‘a part’ of) the State of Israel, which is where I have chosen to make my life. With these elections, however, there have been a slew of articles written by sundry authors (including the politicians themselves) about what each Israeli political party ostensibly represents, and what some have accomplished in the past. The sudden burst of information has been greatly empowering. 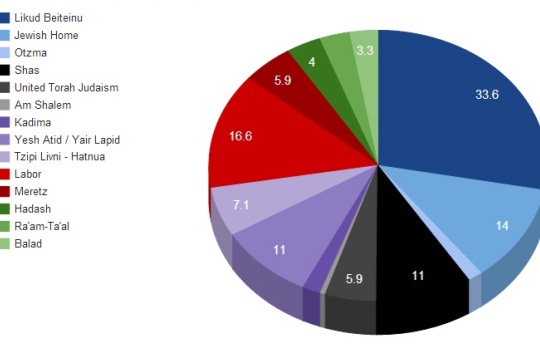 Lastly, voting for one of many parties (rather than one of two parties) also felt empowering – my vote was much more nuanced than it might have been in the USA where I tend to vote for the same party during every election. I voted based upon the current political climate (and projected results), favoring particular voting priorities of mine over others that I gathered were already represented by the projected winners.

So in short, all of the above and the opportunity to vote for the first time in a Jewish Democracy made voting in Israel incomparably more meaningful for me than even my first time voting in America. I feel more ‘a part’ of this society following these elections than ever before… and I’m excited to continue following Israeli politics in a more informed way going forward. Thank G-d I have merited this zchut.