This morning on the street was quite like a chag / holiday. No one was working because it was election day. Most of the people who were out were on their way to vote, just like me! I didn’t actually know where the place was that I was suppose to vote, but when I arrived, I knew that I was in the right spot. 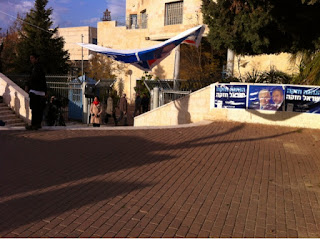 There were banners from most of the parties hanging outside and there were reporters setting up their spots.

I went in, everyone has a number. My number was 965. It really just directed me to a room. And probably to this list, below. 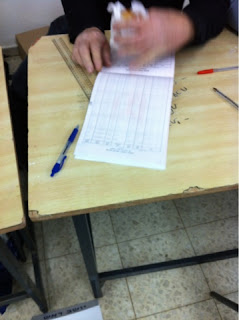 They found my name on this list… אנדריאה לאה וייס. I told them it was my first time and I didn’t know what to do. Everyone (there were three men and one woman sitting at the table) was very excited that it was my first time. I gave the first man my ID card. I brought my Israeli passport, driver’s license, and ID. I was too excited. I really wanted to be prepared. I just needed one of them. The second man found my name on the list. They gave me an envelope and told me to put only one piece of paper into it. 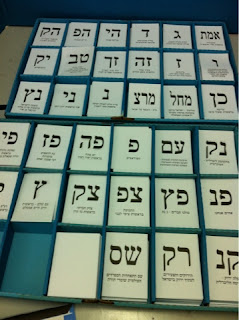 These are all the slips of paper that were available to choose from.  I picked mine, put it in my envelope and came back to the main table. I said shehechiyanu (a prayer you say when you do a new thing) and the people at the table really liked that. The third man offered to take my picture. 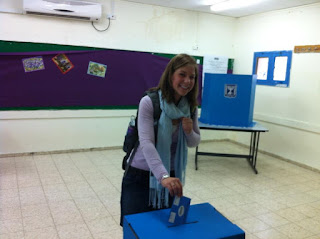 Obviously, I said yes!  This is me voting!! =)
It was a really wonderful moment in my life to be able to vote in Israel. I have lived here for almost four years. I am so proud of living in Israel and being part of a Jewish democratic state. It was a very emotional experience for me.
Now…it actually gets exciting, we’ll see who makes a coalition.