Posted on January 25, 2013 by The Director of Digital Media

The People Have Spoken: Best of Brunch in Jerusalem 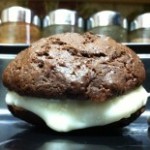 One of my new favorite pastimes is to poll my Facebook friends about their favorite places to eat in Jerusalem. I do this for two reasons – 1) to see if others’ opinions match my own and 2) to see if anybody recommends a place I haven’t been, or better yet, haven’t even heard of.

When I asked recently about brunch, the clear forerunner was Kadosh, a cute cafe in town. Unlike most cafes in Jerusalem, this place not only has atmosphere, but the menu strays beyond the typical breakfast, salads, and sandwiches offered everywhere. And the baked goods are very, very good. The only thing I don’t like about Kadosh is that it is very crowded, by which I mean that the tables are very small and close together and that it is always full of people.

The other places that people mentioned as “best in brunch” include Cafe Itamar, Kalo, Shosh Cafe, and Tmol Shilshom. Cafe Itamar is located in a nursery (of the plant variety, not the child variety) in Moshav Ora, which is at the edge of Jerusalem near Ein Kerem. I’ve only been there once (will have to check it out again), but the food, though typical cafe fare, was decent, and sitting outside in a nursery on a nice summer day is divine. I do resolve to go back and sample more of their menu.

Kalo used to be a perennial favorite, at least among the English-speaking Baka dwellers I know. Like Kadosh, Kalo has atmosphere. While Kadosh has achieved the quaint, slightly European coffee shop feel, Kalo’s quaintness is more of the haphazard variety, with weird artifacts and unmatching (and often unstable) tables and chairs. Since their renovation last spring, they do seem to have gentrified a little, perhaps to keep up with the newer (and, um, grander) Grand Cafe down the block, which is always overflowing with people, or maybe the simple but beloved Makom Shel Itzik two storefronts away. For whatever reason (see: Grand, Itzik) Kalo doesn’t seem to be as popular as it once was.

I understand why people like Kalo. It’s got the idiosyncratic atmosphere, the food is good, and it reeks (not literally) of being independent in a city that seems to be coming increasingly under the spell of corporate chains like Aroma, Cafe Hillel, and [the disgusting] Cafe Cafe. However, this one time I ordered spinach shashuka at Kalo, and it came without the eggs. (My dining companion tried to convince me that in spinach shakshuka they replace the eggs with spinach, but, no). After that, I haven’t had quite the same inclination for Kalo as I used to. Still, a great option for a sunny Friday morning when you feel like sitting out on Derech Beit Lechem to eat some eggs and watch the people go by.

Shosh Cafe. Wow. Honestly, I’d kind of forgotten about this Katamon place since moving to the far-away Talpiot. Shosh Cafe was the place where I first tasted honey mixed with tehina back when it was located where Anise now is on HaPalmach many moons ago. For that alone this place deserves a mention. To compare to above, I have also eaten spinach shakshuka there – with the eggs – and … yum. This is the type of place you want to find in your city – unassuming, popular with neighborhood locals, and serving up traditional food in slightly unique ways. Now that I’ve been reminded it exists, it’s time to go back.

And finally Tmol Shilshom. This place is great for brunch, dinner, and desserts. Brunch there is quite special on Fridays. For a set price, you can order two eggs any style and then choose unlimited portions from their buffet, which consists of fresh breads, cheeses, quiches, salads, mini pancakes, fruit, and more. And if we’re talking atmosphere, which I clearly like to do, it doesn’t get better than this – stone interior with walls covered in books and food served on plates featuring quotes from famous works of literature.

My other favorites, which weren’t mentioned over on my Facebook page, are Grand Cafe and Sigmund. I think people think Grand Cafe is a bit overrated, but I like it for the following reasons: the food is interesting and good (I’m thinking particularly of the poached eggs, potato rosti, and potato-leek gratin), it’s spacious and has a slight European feel, and it’s very close to home.

As for Sigmund, which you may recognize as “the bubble on Azza,” I haven’t actually been there in years, but I used to go there nearly weekly. Their menu is small and not particularly inspired (I always got the Israeli breakfast, which was the standard two eggs any style, Israeli salad, bread with cheeses and spreads, olives, juice, coffee.) But the food was good. But mostly I liked it there because it was just such a strange little place – a bar and two tables covered by a plastic bubble, where you can see the waiters cooking the food on a range of burners, where the storage room/bathroom is half a block away. I wouldn’t say I miss the food there, but I do miss the activity of brunching there.

Extra points go to Tamar and Yael, respectively, who mentioned places I’ve never been to – Shraga (in town) and Cafe Mizrahi (in the shuk). I’ve got my leisure cut out for me.