On Saturday, I returned to the Kotel to daven at the minyan that I’d happened upon the previous Shabbat. Once again, the group was friendly, and one of the participants noted that I had arrived on time, which he encouraged me to do again.

On my way through the Old City to minyan, I found myself cheerfully greeting others with a “Shabbat Shalom,” feeling myself in good spirits. I reflected upon my mood as I walked, and realized that I was looking forward to praying on Shabbat in the open air with the friendly minyan that I’d discovered there. 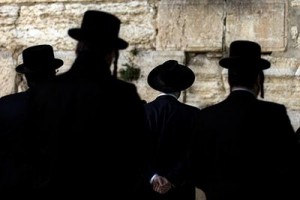 Nonetheless, I usually feel out of place at the Kotel because the majority of Jews who pray there are Haredi, and I am decidedly not. Rabbi Dr. Daniel Sperber (a well known resident of the Jewish Quarter) has noted many times (I’ve heard this from him in person) that there has been ” a demographic and sociological change in the Jewish Quarter over time, from a diverse neighborhood of secular, religious and ultra-Orthodox Jews to one that is almost entirely Haredi.”

While Women of the Wall (and many others) rightly argue that the Kotel belongs to all Jews, there is a tension between this Truth and the Truth of the Old City’s Haredi community, for whom the Kotel is their backyard and regular place of worship, and whose cultural preferences at the Kotel are reinforced by the Western Wall Heritage Foundation, which has authority at the site.

So as I walked through the Old City greeting the mostly Haredi pedestrians, I was reflecting upon these matters, and gradually coming to the realization that my aforementioned lack of excitement about praying at the Kotel had a lot to do with my feeling out of place there. It had to do with feeling that members of my community were visiting another community’s backyard whenever they came to the Kotel to daven… 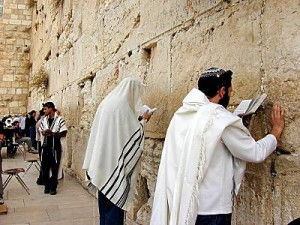 This train of thought then led me to consider how privileged I am to be able to pray at the Kotel with a group of seemingly similarly minded people, as my personal religious practices happen to be within bounds of what the Western Wall Heritage Foundation deems acceptable there. While I feel very much uncomfortable with & apart from Haredi society, they do accept my form of prayer as acceptable and unoffensive. They do allow me to pray as I prefer to pray at the Kotel.

Finding a welcoming group of Religious Zionist men at the Kotel that I related to – a minyan that felt to me representative of my community – subtly shifted my attitude towards praying at the Western Wall, and allowed me an unexpected, positive davening experience there.

הלוואי that all Jews should have this privilege.