Old Matzah or New? Tastes the same to me…

“So I was walking down the sidewalk one day, and a bus hit me in the head.” Such are the stories you hear at a lunch table in Israel. But we’ll come back to that.

In more recent news, I just finished celebrating my first day of Pesach in Israel. And let me tell you, the matzah here is amazing. Israelis actually spend a good portion of the pesach seder laughing about the fact that Americans still haven’t discovered the conspiracy that makes American matzah taste like dusty wood chips. They call it “מבצע ביצה” (Operation Egg) in code. 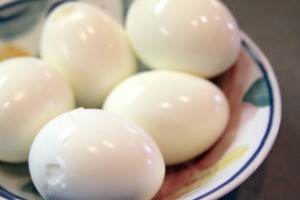 So many meanings at this time of year!

For the first (and only) seder, I went to the house of one of my Pardes teachers. The seder was absolutely wonderful; it was a night of listening, learning, eating, leaning and drinking – all of which contributed to actually making the holiday a joyful one (who knew yom tov could actually be tov me-od?).

Celebrating Passover with another family in another country let me participate in new traditions while also reviving some of the customs I knew my family would be doing in Connecticut just a few hours later. Here’s a run-down of the new and the old: 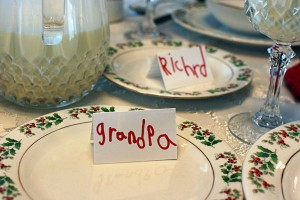 And now for some old-time traditions:

The combination of old and new classified this seder as one of the best I have ever been to. But another element added to the wonder: the caliber of the discussion during the maggid. I always dread maggid a little bit, anticipating boredom. Haven’t we read this all before? I’m going to end up counting pages again… But this year, I was riveted the whole time, impressed and surprised by what everyone brought to a story I thought had already been told. Here are a few of the ideas that I will keep thinking about well beyond the seder:

So those are my Passover highlights so far. And now, if I remember correctly, you wanted to hear about the guy who got hit in the head with a bus. Well, I was at a friend’s place for lunch today, and somehow the story of this vehicle-person accident came up. There are many odd things about this story, and in case you have any questions, here are the answers:

Don’t you love Israel? One seder, seven days of matzah, and a once-in-a-lifetime pedestrian experience. 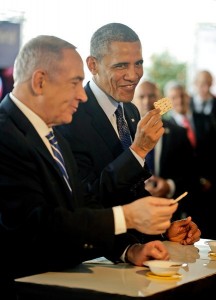 And let’s not forget about you-know-who!